Some 25 years after the Tiananmen Square democracy protests, Yorkshire Sculpture Park is staging an exhibition by dissident Chinese artist Ai Weiwei. In his words, “Freedom of speech…is the very essence of human rights”, and his work explores freedom and its restriction in capitalist societies.

The park is in the grounds of Bretton Hall, and this exhibition is showing in its newly restored 18th century chapel.

Because Ai Weiwei’s personal freedom is so restricted by the Chinese state, he had to communicate how he wanted to use the chapel space by email. He has filled the main part with nine rows of five antique Qing dynasty chairs, all facing in the same direction, in regimented order. Each chair is isolated from its neighbours. We are invited to sit on one and think freely.

The setting evokes separation and limited opportunities of movement but also creates the spirit of the group and also the importance of the individual within it.

As a printed quotation from the artist says, “Creativity is the power to act [and] only through our actions can our expectations for change turn into reality.”

Similar themes recur in his 2008 “Map of China” sculpture. Made of wood, its height emphasises China’s long history. It comprises many separate, distinctively grained pieces of wood elaborately interlocked to make a unified whole – just like China is a mosaic of fragments of cultural and ethnic diversity. But the flat smooth surface suggests how the Chinese state has tried to suppress this diversity.

Another exhibit is a delicate porcelain sculpture from 2012 called “Ruyi” (meaning “as one wishes”) which reworks an ancient Chinese idea of a ritual sceptre giving the right to speak.

But this ruyi is contained in glass, is fragile and comprises, in part, human organs with severed arteries. The symbolism is clear but there are also dragon elements within the sculpture which encapsulate the potential power of unified action.

Outside the gallery is the most striking of all Ai Weiwei’s works here. His six metre tall “Iron Tree” is made up of 97 iron castings of pieces from different parts of trees, visibly bolted together and already rusting. It is both jointed and disjointed.

It looks like wood and feels like iron. There is both the power of nature and people’s collective power to transform nature symbolised here. It evokes Frankenstein’s creature, as a thing of strange beauty to be admired rather than a monster to be despised.

As Ai Weiwei has said, “Creativity is the power to reject the past, to change the status quo and to seek new potential.”

The City and the City - China Miéville 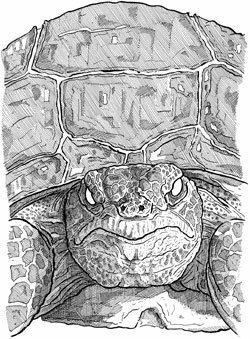