We are going through the sixth wave of mass extinction in the 3.8 billion year history of life on earth. Some 25 to 40 percent of all species are expected to disappear by 2050. And, like the more widely discussed global warming crisis, these extinctions are caused by human activity.

Extinction: A Radical History is a short, useful and welcome introduction to the subject for non-specialists.

Dawson writes that this wave of “extinction cannot be understood in isolation from a critique of capitalism and imperialism” and that “we face a clear choice: radical political transformation or deepening mass extinction”.

Dawson outlines three tendencies of capitalism that drive it to destroy the environment: “(1) capitalism tends to degrade the conditions of its own production; (2) it must expand ceaselessly in order to survive; (3) it generates a chaotic world system, which in turn intensifies the extinction crisis.”

Importantly, Dawson also looks at what we might call “extinction reformism”. He notes the irony that the major organisations opposed to extinctions, such as the World Wildlife Fund, were all formed between 1951 and 1987, when “a new round of accumulation based on neoliberal principles of unrestrained hyper-capitalism has engulfed the planet”.

He also critically analyses technical fixes ranging from the radical rewilding projects supported by George Monbiot among others to the biocapitalist approach of companies such as Monsanto.

I have to say that I also found this book frustrating. Dawson makes unnecessary concessions to the idea that humans as a species are responsible for degradation of the environment, and he does this in some idealist (as opposed to materialist) terms.

For example, he writes things like: “our emancipation as a species from the thrall of nature also made us a force for planetary destruction”.

While he does explicitly argue against that point of view in a number of places, his early dating of the Anthropocene (the new epoch defined by the dominance of human influence on earth systems) weakens his argument, as does the lack of analysis of the difference between the complete alienation of workers from both the means of production and from nature under capitalism and the partial alienation present in earlier class societies.

I would also like to see more discussion of the interrelationship of the different crises caused by capitalism. The economic, climate change and extinction crises affect each other and make each individual crisis worse. For example, the tragic story of the bleaching and death of coral reefs is quite widely known. But this crisis is made worse by the over-fishing of important fish species that eat some species of algae on the reefs.

This in itself reduces the resilience of the reefs, which means the coral dies more quickly. As a result, flooding affects people — mostly poor people who already live in flood-prone areas. There is a real dialectic at work in these interrelated and reinforcing crises which, frustratingly, Dawson does not fully capture.

Finally, Dawson’s Marxism appears to be a kind of Marxism without workers. There is no mention of workers and their struggles against capitalism and the environmental change that it creates, either in the “Global South” or the “Global North”.

As a result, while Dawson does repeatedly emphasise the need for a completely different kind of society, some of his proposed stepping stones to getting there are very weak. Examples include a guaranteed income for people in ecological hotspots or even that every species (not even limited to animals!) has rights.

This leaves him open to some of the same criticisms he uses against extinction reformists and biocapitalists. 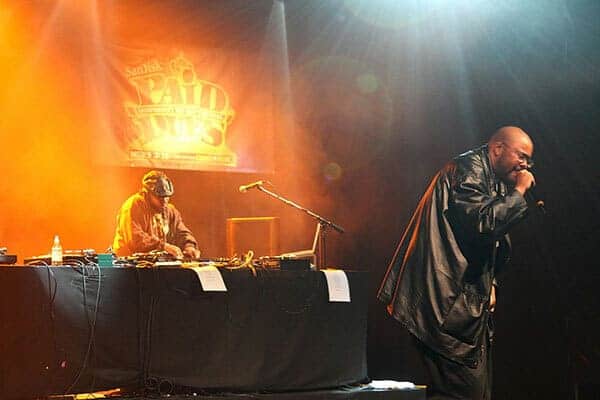 Blackalicious—fresh sound with a social conscience

Return of the Rudeboy photographs showcase people's defiance and dignity