This article is over 11 years, 3 months old
The racist English Defence League (EDL) seem to be developing a new strategy for continuing their campaign of hatred against the Muslim community following their failure to pull off "the big one" in Bradford last month.
By Viv Smith
Downloading PDF. Please wait...
Friday 01 October 2010

Their self-imposed leader, Tommy Robinson, wrote to supporters saying, “The mood of members has been somewhat low since the Dudley demo… Yes, we had one bad demo… We need to forget the past and look forward to the future.”

The EDL bragged that they would get 5,000 to Bradford – they got some 700 and were penned in by police and outnumbered by anti-racist protesters. This failure follows their retreat from a planned protest in Tower Hamlets in the face of massive unity and resistance, and their failure to get significant numbers when they returned to Dudley in July. If Bradford was the future for the EDL, it was a failure.

But their recent local mobilisations show that the EDL is not going away. Hundreds of racist EDL thugs were out on the streets in towns and cities across Britain on 11 September, attempting to intimidate anti-racist and anti-fascist activists.

Although in most areas their presence was small, in Oldham around 150 supporters of the right wing group gathered in the city centre. Eight EDL supporters were arrested. There were also EDL arrests in Nuneaton where local people rallied together and chased the EDL thugs off. They also tried to attack a joint Stop the War and Right to Work leafleting in Leeds.

This happened while over 100 EDL thugs assembled outside the US embassy in London to show their support for an anti-mosque protest in New York. A few nights previously five EDL supporters tried to break up a Unite Against Fascism (UAF) organising meeting in Leicester.

This “flash mob” style protest may reflect their recent failures at creating a “summer of violence”, but it is also a worrying development. There have been more than 29 protests against the EDL so far, but no single protest has seen them smashed off the streets for good.

And their leadership is extending its relationship with racist Islamophobic groups across Europe and in the US. Robinson has travelled to six European countries in the last month to support the establishment of defence leagues while a group travelled to New York to attend a protest on 11 September.

Anti-fascist mobilisations led by UAF have helped stop the EDL from rampaging in a number of towns and cities, and built the confidence of communities to stand up to these racists, but we are yet to deal the knockout blow. This is a vital lesson – and one that was highlighted by the counter-protest in Bradford.

Unlike Tower Hamlets, there was no single united response to the EDL. Bradford council and religious leaders, supported by the Hope Not Hate campaign, refused to back the call by Unite Against Fascism for a “We are Bradford” multicultural protest against the EDL in the city centre. They even rejected a static event in the city centre, opting to host an event on the outskirts attended by no more than 200 people.

The police put out a message of intimidation claiming that 9,500 police – the most used in any single mobilisation in one place in Britain – would be ready and would arrest anyone who moved outside the protest zones they created. Despite this, as the day drew nearer, the We are Bradford event gained support and momentum and 1,500 people joined the counter-protest while a number of young people – black, white and Asian – confronted the EDL and drove them out when they broke through police lines. But we will need much bigger numbers, and united communities, to drive them off the streets for good.

That will require building broad UAF groups in every town and city across Britain – not just to respond to the EDL, but also to tackle the British National Party, defend immigrants and Travellers under attack and challenge racism wherever it raises its ugly head.

It is also important to build the national protest called by UAF on Saturday 6 November in London to counter the rise of racism in Britain and Europe. The protest is backed by the Muslim Council of Britain and the TUC, and is gaining wide support across the trade union movement and from a number of MPs and anti-racist organisations.

A demonstration of tens of thousands against racism will be a vital step forward in combating the rise of the far right, and give confidence to the anti-racist majority. 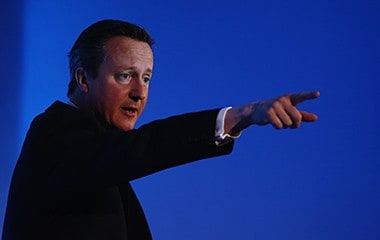 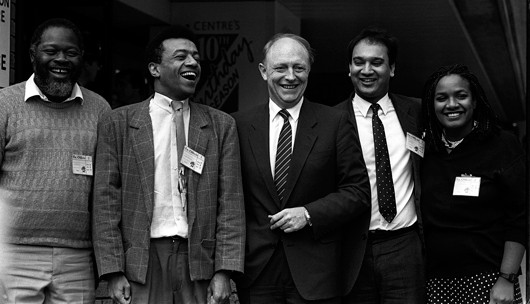 What did the first black MPs achieve?