Werner Herzog’s ‘The Invincible’ is set in 1932 in a Polish stetl (Jewish village), and Berlin just before Hitler’s victory. It tells the story of Zishe Breitbart (Jouka Ahola), the son of a Jewish blacksmith with phenomenal physical strength, who is lured to Berlin with the promise of fame and fortune. There he meets Hanussen (Tim Roth), ‘king of the occult’, who runs a cabaret specialising in the supernatural that is popular with Nazis and wealthy Berliners, at a time when the Nazi movement is on the edge of power. Hanussen curries favour with the Nazis by making pro-Hitler speeches from the stage. He dreams of setting up a powerful Ministry of the Occult under a Nazi government. Zishe’s act, based on his Samson-like prowess, makes him a great hit, with Hanussen presenting him as a modern German hero in the Siegfried tradition. Zishe also meets Marta (Anna Gourari), a talented pianist who is Hanussen’s virtual prisoner. But Zishe suffers from nightmares, no doubt brought on by guilt at his feeling that he has deserted his people. His inner conflict intensifies, taking the form of an identity crisis–is he Siegfried or is he Samson? Increasingly he becomes aware of the catastrophe that awaits his people.What is he to do? The film thus poses the dilemma faced by anyone suffering racial oppression–does one try to save one’s skin by collaboration with the enemy, or does one fight?

The cabaret scenes vividly conjure up the decadent atmosphere of pre-Nazi Berlin, capturing the ability of Nazism to project itself as the saviour of Germany through its promise of a return to a mythical past.

Although the film displays Herzog’s characteristic visual inventiveness it is not flawless. He does not offer us any insights into the historical and psychological reasons for the rise of Nazism. He provides, in fact, a disturbing suggestion that the root of Nazism is simply human irrationality, with no allusion to the particular appeal that Nazi ideology had for the German petty bourgeoisie. There is, moreover, a stylistic conflict between, on the one hand, the realistic portrayal of Zishe and, on the other, the largely symbolic representation of Hanussen as the embodiment of Nazi irrationalism. Nevertheless Herzog’s work is always of an unusually imaginative and compelling nature. 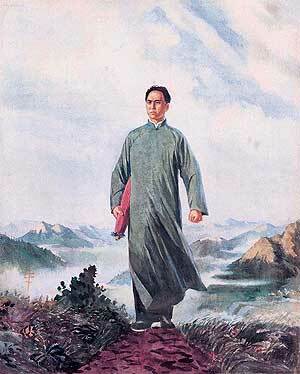