There have been many novels written about post-apartheid South Africa but few manage to tackle the question of race and class as well as Zoë Wicomb has done here.

At first the book appears to be yet another story of white guilt and coming to grips with the “new South Africa”. But it is worth fighting through the first 30 pages, as this is a much more complex story.

Marion, the main character, is convinced of her superiority – she is a white Afrikaner who drives a Mercedes, owns a small business and lives in an apartment overlooking the sea. But underneath the bravado of success simmers a tangle of lies and deceit, and a depression she can’t explain. Marion talks about her “dry white childhood”, and mourns for the family that she never had.

The story unfolds against the backdrop of the Truth and Reconciliation Commission which was established to investigate crimes committed during the apartheid era in South Africa.

Wicomb uses the story of Marion to expose the viciousness at the heart of the white nationalists’ race classification system. This drove “coloured” people (the classification for mixed race South Africans) to try and get themselves and their families classified as white.

Many saw this as a chance to better themselves. They thought it would give their children a better future than life on the bleak crime-ridden Cape Flats where thousands of “coloured” families were forcibly moved to under apartheid.

Those who chose this path were mocked as “play whites”. They were alienated from friends and family, and by black and white alike. In a heart-wrenching description, Marion talks about the death of her “coloured” carer, whose funeral she was not allowed to attend. This sorrow is compounded by her discovery that she was not allowed to know her extended family because her parents chose to “play white”.

And so the story turns as Marion uncovers the lies at the centre of her family – cutting through the racism and superiority to expose the class prejudice at the heart of the issue. What makes the beggars on the street different from her? Not their race, but their poverty. Who is she angry with now? The black and coloured people who just don’t work hard enough or aren’t intelligent enough to better themselves?

Or is it the system that drove them into poverty for generations? And why does she feel more at home in a tiny kitchen on the Cape Flats surrounded by poverty than she does in her posh flat decorated out of Homes & Gardens magazine? How does she redefine herself with her new knowledge of her past and her family?

The reality of the “new South Africa” becomes clear. There may be freedom from oppression based on race but the gap between rich and poor continues to grow. And while people still live in unimaginable poverty, can there really be freedom in any meaningful sense? 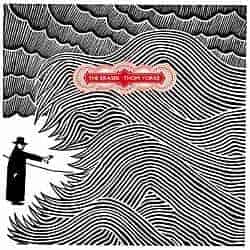 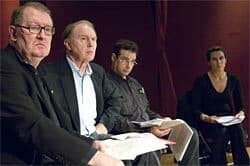 Two Plays for Gaza: a night to make people laugh, cry and rage at war

Ten Reasons to Abolish the IMF and World Bank