This article is over 5 years, 7 months old
By Ayesha Saleem
Downloading PDF. Please wait...
Tuesday 31 May 2016

Fire at Sea is a powerful and moving documentary about refugees on the Italian Mediterranean island of Lampedusa. So far 400,000 migrants have landed on the island and 15,000 have died making the dangerous journey by sea. The film depicts migrants in dinghies at the mercy of border patrols who exercise complete callous authority over the refugees.

Most of the people who make this journey are dark skinned — from Africa and the Middle East. The film depicts them escaping crises created by capitalism such as imperialist war, extreme poverty and state persecution. It shows the brutal and traumatic reality of their journey and how many, if they survive the journey, become vulnerable to contagious diseases such as chicken pox or infestations such as scabies.

When the migrants arrive they are taken to oppressive detention centres. There they are subjected to humiliating, invasive medical examinations, and the women, many of whom are Muslim, and sometimes pregnant, are made to reveal their hair in racist ID parades. The film shows the police-like nature of the border guards as the migrants are herded like cattle still wet and covered in gasoline from the boat journey. It exposes the racist nature of profiling used to vet young black men.

In addition, Fire at Sea brilliantly portrays resistance to these oppressive conditions. We see this resistance manifesting itself as Muslim men pray at Friday prayers in the detention centre. And it shows the humanity of refugees with them playing football while awaiting asylum. The film shows the powerful testimony of a man from Nigeria who has fled bombing, rape, killing and torture. He made a dangerous journey over the Sahara and then a life threatening journey by sea. He was forced to survive drinking his own urine.

The film also examines the class character of the refugees. The bigger boats are made up of first, second and third class passengers. The women, children and young men with little money often have to endure claustrophobic, crushing and stinking conditions in the hold. Pregnant women often have to give birth in these conditions among dead bodies.

The documentary has an excellent sound track with a disc jockey from the island playing classical and jazz music along with soulful songs by migrants about their horrific experiences. Finally the humanity of the island’s inhabitants is shown with the film weaving in the account of a women who has taken in a homeless unaccompanied refugee boy called Samuele.

This film is a must to see, a moving, powerful and bleak reality of the sea journey and fortress Europe’s borders. 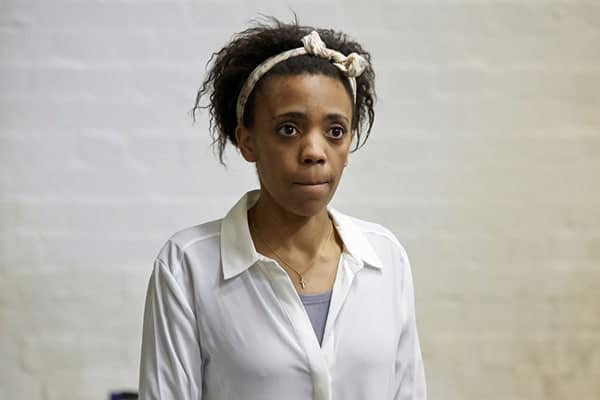 Beyond Caring - ‘To the boss, a cleaner is no more than a sturdy broom’