This article is over 9 years, 0 months old
Looting, robbery and pillage are the norm not just in the sea off Somalia, but in the refined world of art, and this has always been the case. The great museums of the world are largely deposits of loot.
By Noel Halifax
Downloading PDF. Please wait...
Tuesday 01 January 2013

Lord Elgin – infamous for stealing sculptures from the Parthenon in Athens – was neither the first, last nor greatest of the looters. Page two of this month’s issue shows one of the crudest recent examples of art looting, the taking of some Banksy’s pictures from Palestine to be sold to wealthy collectors. But the current crisis in public finance has led to a new wave of transfers of public art into private hands and a reversal of New Labour’s attempts to limit the privatisation of the art scene.

One of the very few achievements of the New Labour government was abolishing entry fees for public museums and galleries. Though it was a deeply flawed model of development, New Labour also championed the spending of lottery money on new art galleries to revive depressed areas. In the past few years these have opened in Margate, Wakefield, Manchester and other places to varying degrees of acclaim or groans.

But it did halt in part Margaret Thatcher’s plan to destroy the post-war liberal public art policy that involved building art schools free to all, free art galleries, subsidised theatres and the like.

This is now all in retreat and under threat. In particular there is a great selling off of public art under way and the reintroduction of the Thatcherite policy in which art is sponsored by corporations (though their donations are usually tax deductible, meaning the public still pays indirectly). In effect, the American model is being introduced – where entering New York’s Museum of Modern Art sets you back 25 dollars.

The structures that helped British art to bloom from the 1960s onwards are under threat – from the exclusion of the working class from art courses to the destruction of public art spaces.

Famously, Tower Hamlets is selling off its Henry Moore sculpture. Old Flo, as it is called by locals, was donated by Moore himself to the ordinary people of the East End, specifically because he wanted art not just to be for toffs in the West End. Bolton has sold off seven pieces of art including two Picasso etchings, while Gloucester County Council is ridding itself of 14 works and Leicester County Council has sold pieces valued at over £250,000.

Meanwhile in Bristol it has been discovered that when the British Empire and Commonwealth Museum was closed in 2008, it “lost” (in other words sold off) 150 objects it had been loaned. Court cases are pending. Meanwhile in Holborn, London, the large statue by Paolozzi on view there for 25 years was sold off when the building it faced was sold by London and Paris Properties – Camden Council is currently investigating.

But the Thatcher gold skull award for philistinism must go to Newcastle – which it must be said has previous form on this issue. It was the council which was offered a major gallery at the height of Labour’s new art rebuild, but turned it down, a move that resulted in the new gallery crossing the river to Gateshead and becoming the Baltic Gallery. More recently, Newcastle have been selling its public art on Ebay (about £500,000 worth) and has now announced it is cutting its art budget to zero.Talk about Thatcher with a Geordie accent!

All this is bringing into question the survival of the one serious art gallery Newcastle does have – the Hatton Gallery, which houses the famous Metzbarn by Kurt Schwitters. This comes at a time when this work should be attracting attention, as there is to be a big retrospective of Schwitters’s work opening at Tate Modern in the new year.

But art lovers shouldn’t dispair. This corrosion of public art can be fought against and defeated. The last issue of Socialist Review told the story of the sucessful campaign to save the William Morris Museum in Walthamstow (see Socialist Review, December 2012, “William Morris’s Socialism” by Siobhan Brown).

But recent developments are a reminder of the philistinism of the rich, who want not only our pensions, our blood, sweat and tears, but also our hopes and imaginations. 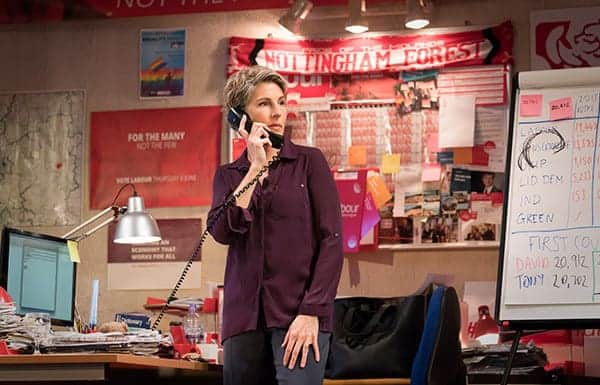