The immediate response to the attack on Charlie Hebdo was that of “national unity” in the face of terrorism. This mood benefitted the government of Francois Hollande, because it masked many of the contradictions inside French society. In the first week there was a horrific wave of Islamophobia, with more attacks on Muslims and other minorities reported than in the whole of last year.

Many Muslims were scared to speak out, or even to go out into the streets. The first issue of Charlie Hebdo sold some 5 million copies. It had another front cover aimed at humiliating Muslims. The government felt there were no limits on what it could do. It flooded the streets with police, upped its role in the bombing of Syria and Iraq, and dispatched warships to the Persian Gulf.

This was all done under the cover of defending “freedom of expression”. The government pushed this line to give legitimacy to the state-sponsored national unity demonstration. It was a strange atmosphere. Many people wanted no part of “national unity”, but had to justify why they would not be joining the march. The pressure to conform was intense.

But the “freedom of expression” the government was so keen to push began to backfire. Police were arresting young people, some only 13 years old, for speaking out against Charlie Hebdo, or for interrupting the minute’s silence in schools, or for even questioning the slogan “I am Charlie”.

Last November the French parliament voted overwhelmingly for a pernicious anti-terrorism law. This was directed mainly at people who they suspected wanted to travel to Syria. One of its provisions is to target anyone who “promotes” or “defends” terrorism — a catch-all clause which has been used to silence anyone who questioned the “I am Charlie” consensus. It became increasingly clear that the arrests and prosecutions, as well as moves to ban meetings and demonstrations, were in direct contradiction to “freedom of expression”. So the government switched its rhetoric to fighting the “war on terror”.

Hollande’s government also took the opportunity to push through an unpopular law that will further roll back the rights of workers — including Sunday working and “flexible” nightshifts. This is a gift for the bosses. It is now, however, becoming more acceptable to question this national unity. Many people were sickened to see world leaders, among them Israel’s Bibi Netanyahu, parading at the front of the march.

We called a demonstration recently against Islamophobia in my neighbourhood of Paris, which is ethnically mixed. Many of those who turned out were saying “We are not Charlie”, while activists who are questioning national unity are beginning to find an echo among many people who were swept up in the “We are Charlie” campaign.

Following the attacks much of the radical left, including trade unions and Muslim and immigrant organisations, backed the national unity demonstration. Others are saying that the left can organise only among the people who did not join the march. Both attitudes are mistaken. One concedes that there is even such a thing as “national unity”; the other ignores a sizeable portion of those people who turned out on the day, but have become unhappy about the anti-Muslim rhetoric and the curbs on freedom of speech.

There are many problems inside this national unity. The march has not overcome the deep contradictions inside France and has instead created a paradox. Many people now accept that the march was used to further humiliate a large section of French society.

People are now asking big questions about Islamophobia and racism, the limits of free speech and so on.
There is an opportunity to reach these people by saying that there should be no concessions to Islamophobia, to police racism and to the “war on terror”.

On the day of the march a group of us went into the demo to talk about why we were not marching.
At first we were concerned about the reaction we would get, but it soon became clear that many people were open to discussion. We were not challenging the demonstration, but the politics that dominated it.

Despite our fears, the fascist Front National (FN) has not benefitted directly from this atmosphere. The FN leaders stayed away from the Paris march, opting to join local demonstrations in cities where their party dominates. But in the longer term the FN has much to gain. It is clear that the political ground has shifted in favour of FN leader Marine Le Pen.

This has created a new focus for the left. Many on the radical left are putting aside their differences to launch a campaign against Islamophobia and organise anti-racist street mobilisations. One of the effects has been a revival of confidence among supporters of the Nouveau Parti Anticapitaliste (NPA) — an alliance of revolutionary organisations. Olivier Besancenot, the leader of the NPA, announced early on that he would not be joining the national unity demonstration. This was an important and principled position that gave confidence to people who were disturbed by the reaction of the state.

One of the effects has been a new and more serious attitude inside the NPA over the question of Islamophobia. There is a general agreement now that this is an important priority, and that there is an urgent need to build relations with Muslim organisations. This raises arguments about the currents of anti-Semitism prevalent among many young Arabs, and that they should be challenged. But at the same time this cannot be a barrier to working with them.

This energy is translating into a serious mobilisation for the 21 March global anti-racism demonstration, and gives socialists and anti-racists the opportunity for a serious campaign against Islamophobia that could extend into opposition to France’s “war on terror”. The attack on Charlie Hebdo gave the state and the right an opportunity to promote the idea of “national unity”, but it cannot paper over the deep divisions inside the country. 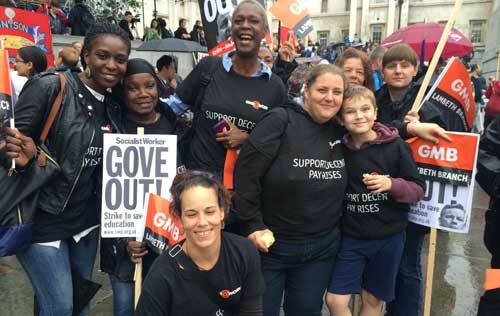 Tabloid Islamophobia - the web of deceit