This article is over 19 years, 1 months old
The Malaysian constitution guarantees the right of every citizen to establish a society or party, and freedom to associate.
By Muhammad Salleh
Downloading PDF. Please wait...
Monday 02 December 2002

However, on 27 January 1999 and again on 15 September 1999, applications by the Socialist Party of Malaysia (PSM) to become a registered society were turned down by the Ministry of Home Affairs. In August 1999 Azmi Khalid, then a senior minister in the Ministry of Home Affairs, stated that the decision to decline PSM’s registration was taken because PSM were regarded as a ‘threat to national security’.

On 26 October 1999 PSM became the first party in Malaysian history to drag the government, and specifically the Ministry of Home Affairs, to court. In March 2001 the Malaysian High Court gave PSM leave to put aside previous failed registrations, and asked the Ministry of Home Affairs to cease hiding behind false accusations and explicitly state that the people of Malaysia should be free to decide the fate of PSM, not the government. In the year since then little has changed, and PSM have again been in court in November 2002.

A ‘Register PSM Campaign’ was launched on 31 October, and PSM are appealing for international help in the struggle. Please express your disgust with the behaviour of the Minister of Home Affairs and his ministry by writing to Dato’ Abdullah Badawi, Ministry of Home Affairs (Malaysia), Blok D1, Parcel D, Pusat Pentadbiran Kerajaan Persekutuan, 62546 Putrajaya, Selangor, Malaysia. Alternatively, phone the Registry of Societies on +60 3 441 1577 or send faxes to +60 3 442 5529. Messages of support can be sent to Parti Sosialis Malaysia, 72B, Taman Sri Langat, Jalan Reko, 43000 Kajang, Selangor, Malaysia, or by e-mailing [email protected]

Registered or not, the struggle will continue. 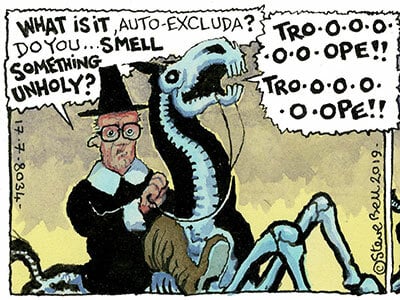