At first sight you may question the appeal of a film about the lives of a rather unrepresentative group of friends–an undertaker, a car salesman, a butcher and a market trader, all of whom are white. Nonetheless, this is a warm and witty film with great characters and wonderful acting. It also has interesting things to say about familiar aspects of human relationships such as friendship, loyalty and betrayal, loss and grief, the end of innocence during the war, and the new aspirations of the postwar generation.

Based on a novel by Graham Swift and set largely in the late 1980s, it examines the bittersweet lives of a close group of friends in south London following the death of their friend Jack (played by Michael Caine). Jack’s last orders, discussed over a pint in the Coach and Horses, are for his ashes to be scattered over the sea in Margate, where he and his wife Amy (played by Helen Mirren) spent their honeymoon. However, Jack’s apparently simple request brings to the surface tensions among the friends, and reveals truths about each of them and Jack’s marriage.

Even in death Jack has a palpable presence on the journey to Margate and an unsettling effect on the four men. He is unceremoniously carted around in a plastic urn inside a carrier bag which nervously changes hands between them. The strength of the film is how each character is allowed a slice of the narrative. It is less successful in its use of flashbacks, although these do develop a sense of the characters’ history.

Jack’s wife Amy has refused to scatter his ashes because she is bitter that he rejected their daughter, who has a severe learning disability. She has visited her at a residential home for 30 years without Jack, although her daughter doesn’t recognise her. The idyllic moment before the war when she and Jack first met picking hops in Kent is contrasted with her lonely life in London since. Her only solace has been in a brief affair with Jack’s best friend, Ray.

Ray, known as ‘Lucky’ because of his success at picking racing winners, is played by Bob Hoskins. Jack has entrusted him with winning enough money so he can sell up shop and move to Margate with Amy, in the hope it will save their marriage. However, he is unaware of Ray’s affair with her. Ray can identify with Amy’s loneliness since his marriage ended and his daughter emigrated.

Jack and Amy’s son Vince (played by Ray Winstone) is an orphan from the Blitz. He personifies a new generation who wants to make his own life. He has a ponytail and sets up his own business rather than join his father’s butchers. To Jack he is a deserter. Vic (played by Tom Courtenay) is an undertaker. His job, which he loves, is giving dignity to the dead. However, in witnessing Amy’s affair he is complicit in her betrayal of Jack. Lenny (powerfully played by David Hemmings) is bitter at the past, the ‘fucking navy’ and ‘tourists’. He drinks heavily and constantly winds up Vince for his lack of respect towards Jack, ending in a pathetic brawl in a field.

This is certainly not the most representative bunch of people, especially considering the diverse make-up of south London in the 1980s. But as an exploration of people’s secret desires it is an often beautiful film. It also poses universal questions–who will remember us, and how? What are the consequences of our actions for other people? As Jack says before he dies, ‘ending is easy–carrying on is hard.’ 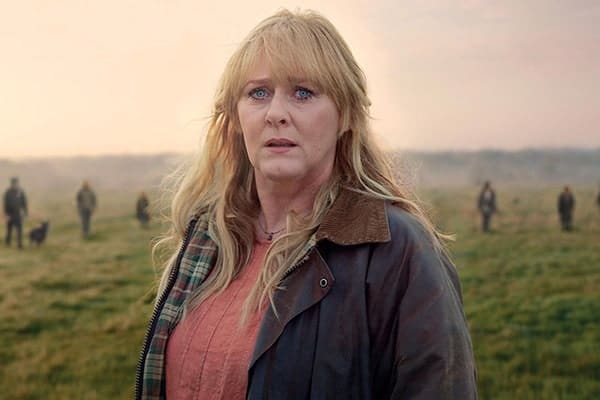 Kiri veers into cliche but is still a worthwhile watch

New in paperback and Children books