Frontier Blues is a meditation on life’s circumstance, slow in pace and thoughtful but rich with vision, scope and sensibility to character, narrative and composition.

In Golestan, a rural northern province of Iran, the London-based Iranian director Babak Jalali creates an endearing portrait of the Turkmen people, an ethnic group who inhabit the territory.

Tentatively intertwining separate coinciding stories that meet fortuitously, the film focuses on three characters: Hassan, a youth living with his uncle, Alam, a young farm worker, and the Minstrel, a musician with an unlikely entourage.

Gradually their stories are told through quiet reflection, relying on no great disclosure or revelation. Loss is a recurring motif throughout the film. Instilling a sense of repose, their endeavours, circumstances and events do not so much unfold as seemingly dissipate.

First we encounter Hassan, an avid collector of registration plates from old and abandoned cars. He is awkward, unsociable and always accompanied by his donkey. His mother and father both left him at a young age, sending him to live with his uncle Kazem, the owner of a local clothes shop. Thin on wares, he makes do with very little, bartering for the odd fashionable item to add to his modest stock – which is often oversized and ill-fitting for his infrequent customers.

Alam’s story is one of desire: to learn English, to marry the daughter of a local Persian family and to leave the steppe for Baku in Azerbaijan. He is an idealist in his hopes and dreams to break free and follow his ambition.

The third is the Minstrel and his entourage. Accompanied by four boys he is driven around the rural areas by a photographer from Tehran who is doing a study of the Turkmen people. During one shoot, the Minstrel recounts his story of lost love. One day a young shepherd with a green car stole his love and drove away, never to be seen again. Some say that they are lost forever in the steppe. Although a romantic, the Minstrel is ultimately a realist and proclaims the impossibility of getting lost in the steppes: “You tell me who gets lost in these steppes for 30 years, in these steppes with that car?”

Jalali has a keen eye for long and still shots of the barren north Iranian landscape and other everyday scenes. We are shown the steppe, the coastline punctuated by old ruins, long and dusty roads, and colourful, ramshackle buildings which all inspire a sense of stillness, creating a beautiful, and at times humorous, portrait of the Turkmen people and Golestan. 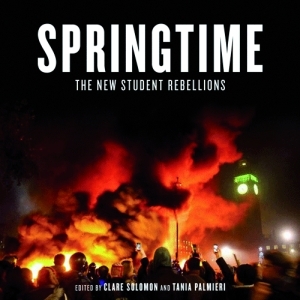