Ahmed Rashid’s book ‘Taliban’ became a bestseller during the US-led bombardment against Afghanistan last year. Now he has rushed out this survey of ‘the rise of militant Islam in Central Asia’.

His familiarity with the peoples of Central Asia and the tangle of political developments across the region shows. Rashid describes the social and economic crisis that has gripped the five former Soviet Central Asian states over the last decade. There is now a vast zone of instability across the southern belt of Russia, stretching from the Caucasus mountains in the west through to the outermost provinces of China in the east. To the south lie Iran, Afghanistan, Pakistan and Kashmir. Each of the Central Asian states is ruled by figures who hail from the Stalinist era. Hoped-for economic development (through exploiting the region’s resources, principally oil and gas) in the early 1990s has not taken place. Even the ‘success stories’ are failing.

Tajikistan, for example, was gripped by civil war between 1992 and 1997, and was then held up as a model for the future of the region. Rashid tells us that it ‘rose from the ashes with a democratically elected coalition government that for the first time in Central Asia accommodated both religious and secular parties’. But today, ‘as its economic crises worsen, militant extremists use its land as a refuge, and Uzbekistan’s President Karimov stirs up unrest amongst its substantial Uzbek minority…Tajikistan also stands as a warning of how quickly poverty and repression…can undermine even the best intentions.’

What emerges throughout this book is the depth of the political and social tensions in Central Asia, which found a partial reflection in militant political Islamist movements such as the Islamic Movement of Uzbekistan. Rashid shows convincingly that US state officials had become concerned at the growth of these groups as early as 1999, establishing a presence in Central Asia before the current war–and not only the US, but Russia and China too.

Several years ago Rashid popularised the term ‘the new Great Game’ to describe this scramble for control of the region. It is a reference to the competition between the British and Tsarist empires in Central Asia in the 19th century. In this book he argues that intervention by multinationals and the big powers could actually be a force for good, provided it is coordinated and freed from selfish motives.

So he can criticise the activities of some oil corporations in the 1990s but then write, ‘It would be an exaggeration to compare today’s mighty but more socially conscious US oil companies with the crass capitalism of the past.’ ‘Socially conscious’ is not the phrase most people on every continent would associate with Exxon, Shell and the rest.

He adds, ‘The present competition between the big powers–Russia, China and the United States’ needs to be ‘converted into cooperation’. Rashid’s first book on Central Asia eight years ago made an overwhelming case that rival local nationalisms did not offer hope for the region. Now, where small nation- states are locked in local conflicts, he asks us to believe that big nation-states can overcome the greater regional and global tensions between them. This is a result of the book’s central weakness. It details intricate diplomatic manoeuvres but gives no explanation of how these are rooted in the economic and political tensions of today. Instead they appear as hangovers from the past or the result of mistaken government policies.

The same is true in his account of the Islamist movements. They appear largely as the imports of alien dogmas (from Pakistan and Saudi Arabia) rather than mainly the product of the societies they have grown in.

Rashid says that the defeat of these movements, through the extension of the ‘war on terrorism’ with the support of the repressive states of Central Asia, will open the way to ‘democracy building, economic development and social responsibility’. That is a conclusion sharply at odds with what he has chronicled over the last 15 years. It is also one that is being refuted daily with the continuing agony of Afghanistan. 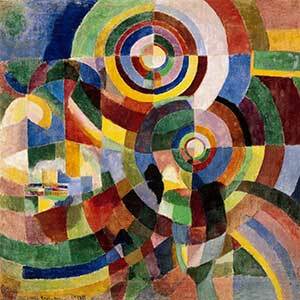