This article is over 5 years, 11 months old
The refugee crisis continues, and so does our rulers' racist offensive. Christine Buchholz explains the situation in Germany since the Cologne attacks.
By Christine Buchholz
Downloading PDF. Please wait...
Tuesday 02 February 2016

The sexual assaults that took place in Cologne at New Year were terrible. They sent a shockwave across society. We still don’t have definite details of the backgrounds of the perpetrators, but it is clear that many of the men who were arrested or identified had Moroccan, Algerian or other backgrounds — although some of them have lived in Germany for many years.

The first point to make is that there is no excuse for sexual assault on women. However, given the way the attacks have been used to tarnish all refugees, the fast response from the left and young feminists who said we are against all sexism, and against every kind of racism was very positive.

It’s crucial that we don’t allow the Cologne events to be used by the racists. Over the past year we have seen attacks on refugee homes and on Muslims increasing — there were around 800 attacks on refugee homes in Germany during 2015. The National Council of Muslims had to switch off its telephone system because it was receiving so many insulting phone calls and hate emails that its staff couldn’t work any more.

Muslim organisations state there have been 80 attacks on mosques in January. This is a sharp increase.

The AfD (Alternative for Germany), a new right-wing party, has been putting an argument for sending criminal foreigners home, and they have been encouraged by the conservatives and even the social democrats.

The response of the left in general was absolutely correct. We said this is not acceptable; we cannot allow racists to exploit this issue. But we do have a problem that the Left Party’s leading members of the parliamentary group in the Bundestag — Sahra Wagenknecht and Dietmar Bartsch — have fallen into the trap of trying to counter the right by taking up some of their arguments such as: “If you misuse your status as guests, you will lose it”; “We can’t cope with another million refugees”; “There’s a limit to how many people we can integrate in society,” and so on.

They thought that they could steal the right’s thunder by speaking their language. This is a fatal error. Their comments provoked a dramatic response in the party leadership and in the wider party. The majority of Die Linke says we have to go on the offensive and say that this is collective punishment and racist scapegoating which neither deals with the reality of sexual assault in Germany nor helps to make our society more harmonious.

There are regional and local elections in different parts of Germany at the beginning of March, and the AfD, which is moving further and further to the right, is seeing its poll ratings going through the roof. It is the political wing of the Islamophobic Pegida movement. The big challenge for the left now is to organise broadly against the AfD and against racism.

We must expose what this new party is: it’s not just a harmless, right-wing populist organisation, but a melting pot where different right wing currents meet and where there’s an active intervention of fascists.

But we also have to build alliances on the ground and mobilise against the racist tide.

At the moment everything is moving to the right. At the same time we know there are people who are very concerned about these developments, who are absolutely against the racists, support refugees, and organise against the right wing. There is no meeting of the AfD that doesn’t have at least a small protest against it.

Last summer and autumn we had a very positive and open debate about refugees, and lots of people helping to welcome people. Now the debate has shifted. So for example, the swimming pool in Bornheim in western Germany banned male refugees — though it was forced to reverse the decision after protests.

All kinds of racist ideas which were festering in the background are now coming to the fore. The conservative party is now discussing a ban on the burka, which was not an issue before. Merkel is coming under pressure from the right-wing of the conservatives and even the social democracy leader Sigmar Gabriel. There’s also a lot of debate about the “character” of Muslim, Arab and North African men.

It is so important to be against launching a debate about how to expel people from the country. Migrants should be treated the same as people who were born here. If a migrant assaulted a woman then he should face the justice system in the same way that a German should. We can’t have collective punishment of Arab, North African or Muslim men.

Austria’s decision to close its borders and send troops to patrol them is another ongoing debate. In Germany Angela Merkel’s strategy is to leave the borders inside Europe open but to increase Fortress Europe at its outer edges and to agree a better deal with Turkey. Merkel has been pushing the EU to promise 3 billion euros to the Turkish state to keep the refugees away.

It’s important to take on the racist arguments and to build an anti-racist movement. At the same time the left must support the social struggles against cuts and low wages wherever they emerge. For example, we mobilised for a huge demonstration recently against TTIP, the neoliberal trade deal which is currently being pushed through between the US and the EU.

There is potential for radical change in society but there’s no broad social movement at the moment. There are a lot of contradictions and the task is for the left to find ways to organise people, to win them over to the anti-racist movement, and also to connect them to the day-to-day struggles of workers, students and social movements. 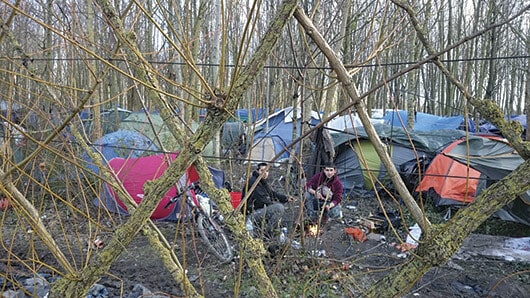 A spirit that can never be killed 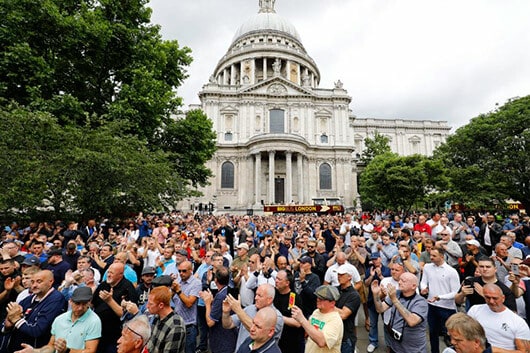 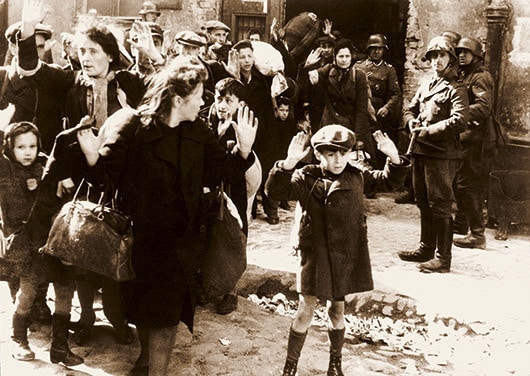