Khaled Idris Bahray was murdered outside his front door on Monday 12 January. The door was daubed with a swastika and the chilling slogan, “We’ll get you all”. A 20 year old Eritrean refugee to Germany, Khaled lived in Dresden.

The eastern city has seen a series of large anti-Islamic demonstrations organised by Pegida, the German initials standing for Patriotic Europeans Against the Islamification of the West. Pegida has attracted up to 25,000 on its protests, mainly older, middle class and well to do people. The demonstrations are held on a Monday night, in imitation of the protests in 1989 which spread through the East and eventually brought the downfall of the former East German regime.

Pegida abuses the slogan that was used at that time, “We are the people” — in German “Wir sind das Volk”. This can have right wing associations as “das Volk” was used by the Nazis to mean German by blood. Organisers in Dresden have had to be seen to distance themselves from the NDP, a fascist party.

The movement arose after an organisation of right wing football thugs called HoGeSa, Hooligans Against Salafism, held demonstrations in Hanover and Cologne. HoGeSa has clear links with neo-Nazis. Imitators have tried to spread this Islamophobic movement to other towns and cities across Germany, fortunately with less impressive results.

Twice neo-Nazis in Berlin have tried to initiate their own version, Bargida, attracting only a couple of hundred each time, while being opposed by several thousand anti-fascists. The Leipzig offshoot, Legida, has pulled several thousand to its demonstration, but they have been outnumbered and blockaded by anti-racists.

While there have been anti-Muslim demos in other German cities, the movement is at the moment mainly in the East. However, there has been an impressive response from anti-racists across Germany. Up to 35,000 anti-racists marched in Munich at a few days notice; 20,000 in Leipzig; 20,000 in the small town of Freiburg; and 35,000 in Dresden itself. These protests are organised by local coalitions including activists from left wing party Die Linke and the trade unions, alongside young people. The large turnouts show a deep concern about the appearance of the far-right on the streets.

Anti-racists received a boost when Pegida leader Lutz Bachmann was forced to take a back seat after it was revealed that he had posted pictures of himself on Facebook imitating Adolf Hitler along with comments calling refugees “trash”. 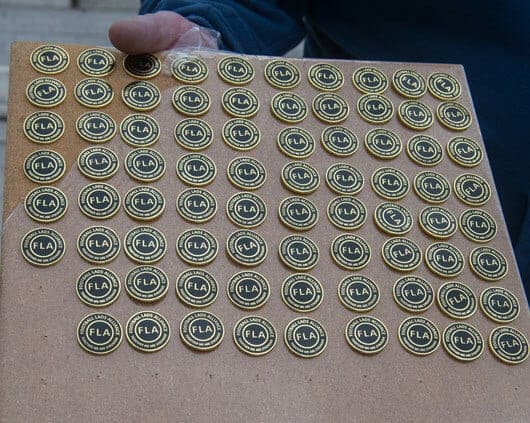 Respect and the 'Muslim Vote'

Sex and the German Revolution