Germany: the rise of the Pirate Party

This article is over 10 years, 1 months old
The German Pirate Party has captured the imagination of millions of young and unemployed voters but, asks Mark Bergfeld, are they really the radical anti-establishment force they claim to be?
By Mark Bergfeld
Downloading PDF. Please wait...
Sunday 01 July 2012

“Que no! Que no! Que no nos representan!” They don’t represent us. From the streets of Buenos Aires in 2001 to the squares of Puerta del Sol and Placa de Cataluna in 2011 this slogan captures the anger and alienation that millions of people feel towards the political system made up of professional politicians, lobbyists and unelected technocrats.

The eurozone crisis has exposed the undemocratic nature of the EU. While the crisis has not hit Germany so far, disenfranchisement with the traditional political parties and the political system has. Unlike Spain where thousands of young unemployed graduates occupied the squares under the banner of “Real Democracy Now” this yearning for democracy has been hijacked by an unlikely political formation, the Pirate Party.

The Pirate Party has captured the imagination of millions of first-time voters, unemployed and workers across Germany. In state elections in Schleswig-Holstein and North-Rhine Westphalia earlier this year the Pirates won an average 8 percent of the total votes, extending their parliamentary presence to four of Germany’s states. The Left Party failed to cross the 5 percent hurdle to enter the state parliament in either election.

Whereas the Left Party’s rise more than five years ago created shockwaves throughout the political establishment, the Pirates are being welcomed with open arms by talk show hosts, journalists and even Angela Merkel.

The Pirates are stealing votes from all parties – left, right and centre. So they feed off the disillusionment with a Left Party that has become too focused on parliament and its own internal disputes. But they also win votes from the FDP and Greens, both of which used to present themselves as liberals, but which have abandoned that ground to become either hard neoliberals (the FDP) or compromised on nuclear energy and foreign intervention while in office (the Greens).

The Pirates’ large share of votes could make a national SPD-Green coalition government numerically impossible. That could keep Merkel in power for another four years at the next national election in 2013. While the Pirates can remain ambiguous on many positions (Nato interventions and immigration, for example) their increased parliamentary presence will test them in practice. One thing is clear: they do not pose a challenge to Merkel and her fiscal treaties in parliament or on the streets.

Their rhetoric against internet surveillance and state regulation is by no means anti-capitalist. Instead they see the “absolutist” state as the source of all evil. As thousands of people are being criminalised for downloading books, music and movies in Germany, the Pirates have become the party that stands up to a state protecting the interests of the music and film industry.

While their “anti-establishment” branding has helped them to attract first-time voters, workers and unemployed the Pirates’ activists are actually drawn from the ranks of the establishment. Their party leader is a high-paid civil servant in the ministry of defence and the majority of their party’s cadre and leading figures are self-employed businessmen in the IT sector who have financially benefited from a system which they claim to be against.

Just like the Greens who once held the monopoly of expertise on environmental issues, the Pirates hold the monopoly on questions regarding internet security, rights and intellectual property. However, history is likely to repeat itself: Just as the rise of the Greens meant that every party had to put five paragraphs about climate change into its manifesto already other parties are taking up issues surrounding the internet in order to connect with a generation alienated from the traditional political parties.

The method they seek to use is called “liquid democracy”. Other than being based an open-source software it is nothing else than a mix of representative and direct democracy. In fact, those who spend the most time in this process and have the most expertise quickly come to dominate it.

The rise of the Pirates should be a warning signal to the Left Party, but the answer is not simply talking about the internet. Socialists need to build movements which can challenge the notion that democracy is confined to the ballot boxes and parliament.

Given the rise of square occupations and the demand for “real democracy” socialists should argue for a different kind of democracy, socialism from below based on workers’ and popular assemblies. It is this kind of power which can not only demand the abolition of intellectual property but implement the abolition of all private property. 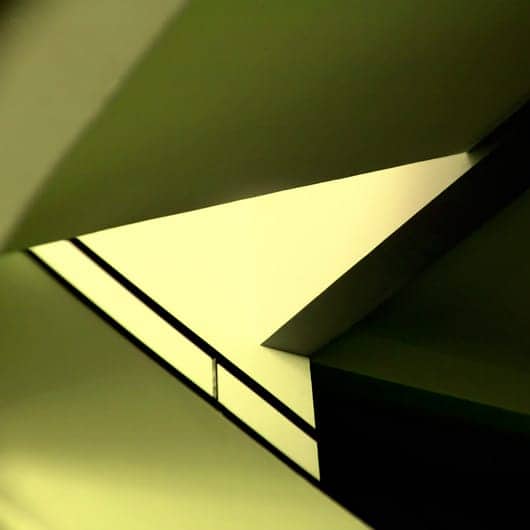 A design for life: the Bauhaus at 100

The Forces of Change