Get Up, Stand Up Now

Somerset House is celebrating the past 50 years of Black creatives in Britain through its new exhibit Get Up, Stand Up Now. The exhibit provides snapshots into the Black British experience. It is designed to shift the perspective of British history through the lens of Black art and expression.

Each room contains a variety of creative media: music, dance, photography, film and more. It highlights the way in which Black Britons have and continue to carve space in British society.

What is special about this exhibit is its archival content. It is filled with articles from prominent leaders such as Walter Rodney and CLR James, photos of African-Caribbean markets in Brixton and calypso music from the Windrush Generation. It captures the Black Panther movement, the growth of Notting Hill Carnival and the changing concept of what it meant to be British.

The exhibition’s curator is the artist Zak Ové. His father, Horace Ové, is a pioneering filmmaker and his work is prominently featured throughout the beginning of the exhibit. He was the first Black British filmmaker to direct a feature film, and that film, Pressure (1975), is featured here along with his photography and videos. This exhibition also serves as a celebration of Ové and his contribution to British culture.

It is important to acknowledge Horace Ové’s work, especially given that Black creatives and their work are often ignored in the mainstream. However, his dominant presence, specifically during the 1960s and 70s portion of the exhibition, overshadows the work of other artists. The Black British experience in the 1970s was just as multifaceted then as it is today.

Thus, a broader representation of artists exploring issues such as gender, sexuality and class would provide a glimpse into other aspects of Black British culture. This highlights the need for further research into Black art and expression. It’s these missing stories and voices that provide complexity and nuance to the history of Black creatives in Britain.

Overall, the exhibition is a medley of cultural expression, a celebration of the African diaspora — past, present and future. So what does it mean to be Black British? Head to Get Up, Stand Up Now to find out. 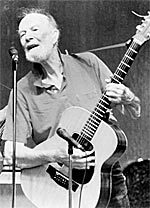 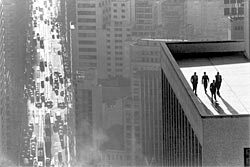