This article is over 18 years, 6 months old
The article about how prospective trade union leaders need to distance themselves from New Labour was informative, although not altogether surprising in today's political climate (The Walrus, June SR).
By Ged Peck
Downloading PDF. Please wait...
Tuesday 01 July 2003

Yet it would be wrong for readers to get the impression that this might be a fleeting aberration within trade unionism, allowing the cosy relationship with Labour to return. As someone who has been directly involved in trade union education for many years, I can testify that there is a sea change of attitudes going on.

Back in the 1980s, even the most mild-mannered criticism of Labour would be shot down with comments like ‘we’ve got to keep our heads down’, ‘wait for the next election’. By contrast, now I just sit there and wait for the magic word to set off the blue touchpaper. It’s only five letters and you spell it ‘B L A I R’.

But it is on the question of an alternative to New Labour that doubts still appear to exist. Notwithstanding the growth of the Socialist Alliance, and the fact that people are now clearly aware of its existence, some are still stuck at the ‘I’m not bothering to vote next time’ position. This is an understandable reaction to the disgrace that now occupies the centre of British politics, and people cannot be blamed for it. Where Socialist Alliances have operated in a welcoming and positive manner, taking up many issues both locally and nationally that New Labour has ditched, they have been successful. In the very small number of cases where they’ve been dogged by stupid sectarianism, they haven’t.

So ordinary trade union reps have moved significantly, and they certainly wouldn’t be doing it with such confidence unless it was reflected among the people they represent at work. So the message is clear, and the audience is there. Involve it, or it might, in time, move on. 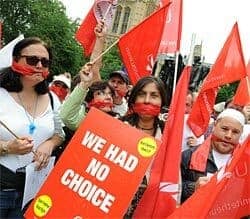 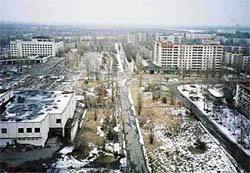