This followed the announcement by London’s mayor of a “new approach” to tackling violent crime in the capital.

The paper’s boastfulness continued in an editorial which indicated, “We welcome the zeal of the Mayor’s conversion even if he didn’t manage to find time to credit us.”

The suggestion here was that a “special investigation” the paper carried out this summer played a critical role in Khan’s conversion.

Khan has been widely criticised for his apparent failure to get a grip on a rise in violent crime which has seen London compared unfavourably with New York, a city of comparable size.

As Socialist Review goes to press over 100 murders have taken place in 2018, a third of which have involved victims aged between 16 and 24.

As with his predecessors at City Hall, Khan has frequently declared the reduction of violent crime a priority and in 2017 he published an 80 page dossier backed by a £45 million “Young Londoners Fund”.

Clearly it has had little impact so far, hence his announcement last month that he would be implementing lessons learned from Glasgow, a city that was once regarded as synonymous with violent crime.

Over the past decade however, a multi-agency strategy bringing together among others the NHS, local councils, youth services and the police has seen the number of young people convicted of handling dangerous weapons reduced by 81 percent.

It is suggested that at the centre of this approach is a recognition of the vulnerabilities of the young people who are at risk of involvement in such activities. The fear of others who may be carrying weapons is undoubtedly a factor that cannot be underestimated as is the violence and trauma that some young people have grown up with from a very young age.

Instead of treating these young people as criminals, the aim of the public health approach is to work with them in order to understand and address the risk factors that push them towards behaviour that endangers their lives.

In the press release accompanying the new approach, Khan recognised that “the causes of violent crime are extremely complex, involving deep seated societal problems like poverty, social alienation, mental ill-health and a lack of opportunity.”

This issue is undoubtedly and understandably one which concerns communities across the country. It demands serious attention and redress. Unfortunately however, Khan’s new initiative is unlikely to make much difference.

At its heart is just “an initial” £500,000, a paltry sum to establish a Violence Reduction Unit. Meanwhile, since April £15 million has been allocated to a Violent Crime Taskforce. This initiative will involve more police on the streets and, we are told, “more intelligence-led and targeted stop and search, and the use of specialists in covert tactics”.

As we have often argued in these pages, more intensive policing does little to solve crime. Rather it stigmatises black and working class communities and stirs up resentment that leads to further social unrest.

Moreover, little real progress will be made in overcoming society’s problems as long as governments maintain a hopeless and hypocritical war on drugs.

A serious joined up approach to tackling violent crime should be welcomed, but it would be unwise to regard the Glasgow solution as some sort of universal panacea. For one thing, it is a much smaller city, one of 600,000 as opposed to the 9 million who inhabit London.

Chillingly, the Mayor’s own press release announcing this rise admitted that there is a close link between school exclusions and violent crime.

It is also worth noting that the editor of the Evening Standard is George Osborne. He has a personal interest in railing against moped muggings but is more reticent about accepting any responsibility for the predicament that Britain finds itself in.

We should not forget however that this Old Etonian, Bullingdon Boy Oxford graduate was chancellor of the exchequer from 2010 to 2016. It was from this powerful and privileged position that he was the architect of an austerity programme that continues to blight the lives of millions of people.

One of his earliest measures was to scrap the Education Maintenance Allowance, a small grant that helped young people stay on in education.

In so doing he played a key role in driving a minority into the clutches of gangs, the drugs trade and as a consequence, down a dangerous, precarious and sometimes self-destructive career path. 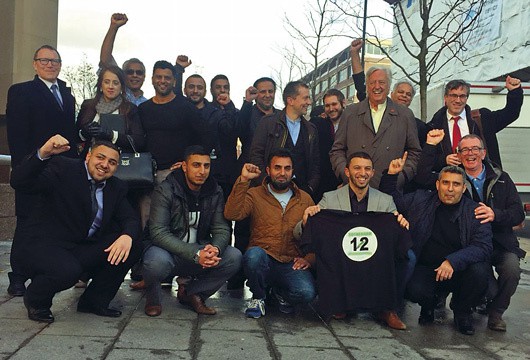