In this short and powerful account of the current crisis of capitalism David McNally achieves a couple of things in a surprisingly short space.

Firstly he makes the crisis, and the processes within capitalism that led to it, understandable to readers without dumbing down his anlysis, using straightforward sarcastic language. McNally captures the absurdity of those running the system and how they are dominated by the logic of capital. The developments of capitalism in the last century are laid bare.

Secondly the account is historically situated. Parallels and differences with previous crises are explained and used to tease out a thorough systemic critique. The historical thread is revealed in each of the subjects he covers.

Thirdly McNally takes time to deal with theory. He goes back to Marx’s assessment of the deep instability of capitalism and crises. He clarifies where profits come from, the tendency of the rate of profit to fall, and how actors are limited and shaped by the system for a readership who might not know these ideas. This allows him to deal with the evolution of finance capital in the last decades without falling into the trap of seeing this an an indpendent process of “financialisation”. He places the Marxist ideas of overproduction and the falling rate of profit at the centre of understanding and fighting capitalism.

So it is surprising that his understanding of the era of neoliberalism is so odd. He recognises the massive drive of capital to increase the oppression of workers through privatisations and attacks on trade unions, the large-scale movement of industries to the global south and the imposition of harsh IMF programmes.

He shows that capitalism has only sustained low levels of growth (except in China) and in an unstable way despite dramatically heightened levels of exploitation. Nonetheless McNally claims that between 1982 and 2007 capitalism experienced a new boom. He recognises this is a controversial view in left circles, but offers no clear explanation of why he holds this view.

Finally, the real strength of the book is that at all times, and in all sections, McNally comes back to class struggle, and the possibility that ordinary people can change their surroundings and the world. Despite his honest and hard judgement of the world, he gives a hopeful and practical guide to capitalism – and how to destroy it.

A Better View than Buena Vista 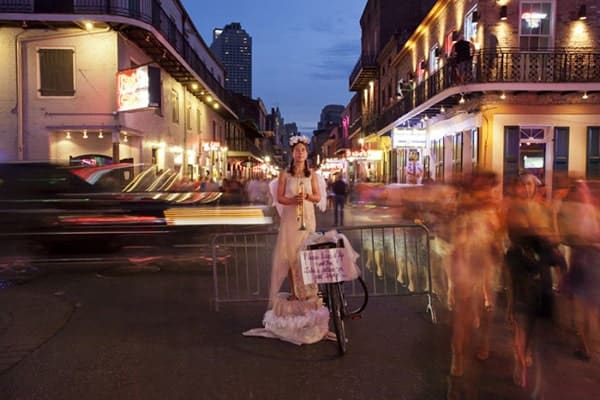 Music plays on in New Orleans after Hurricane Katrina, in documentary One Note At A Time