Christopher Hitchens’ political journey from Marxism to cheerleader for the US neo-cons and their war in Iraq provides a crucial context for this book’s attempt to demonise religion. Since 9/11 Hitchens has believed that Islamic fundamentalism is the biggest threat to “Western civilisation” and although he attacks all religions he reserves a special animus for Islam, manifest in the book’s title.

His book catalogues the worst excesses of organised religions and rehearses familiar arguments against the existence of god. As Terry Eagleton has pointed out in an entertainingly provocative review of Richard Dawkins’s The God Delusion, if you want to engage critically with religious belief you have an obligation to engage with it at its most persuasive rather than simply scoring a few cheap points.

Hitchens sees religion as the root of all evil and this leads to a crudely reductive and ahistorical approach. This is revealed most blatantly in the chapter “Religion Kills”. He visits a number of cities around the world beginning with the letter B and describes the political conflicts in each one as essentially religious in nature.

For example, he says that in Belfast he saw “whole streets burned out by sectarian warfare between different sects of Christianity”. No one would deny that sectarianism was a factor in the conflict in Ireland, but its primary cause was the legacy of British imperialism – religious difference being ruthlessly exploited for political ends.

Worse, he betrays a wilful intellectual dishonesty. He knows that there is a more profound case to answer than his superficial diatribe attempts, pointing out that Marx’s “opium of the people” is probably the most popular misquotation of modern times. He quotes in full the preceding paragraphs with their poetic insight into religion as the “expression of real distress and a protest against real distress…” But nowhere is there any attempt to consider this empathetic approach to religious belief.

Many people express through religion a desire to make the world a better place. Indeed many of us have become socialists and atheists because of an engagement with the many contradictions that religious belief manifests.

The credibility gap is compounded by Hitchens’ final chapter where, with a typical display of brass neck, he calls for a new age of enlightenment (see Neil Davidson’s review in this issue). How can there be any plausibility for one of the prominent apologists for the US’s visitation of darkness and destruction on Iraq to present himself as the champion of any kind of enlightenment or progress? Hitchens is a fraud. 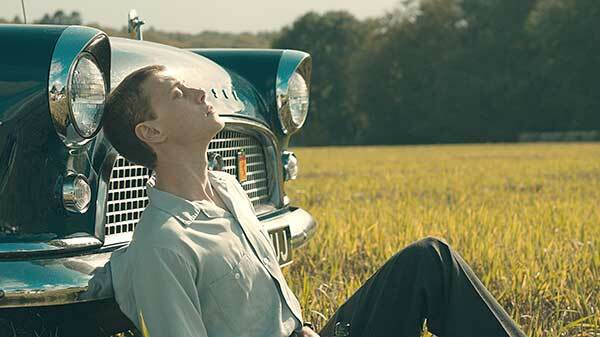 Donnie Darko: teenagers are kicking back

A More Beautiful and Terrible History