Samuel Beckett (1906-89) was born in Dublin into an Irish Protestant family but lived most of his life in France. He was arguably the supreme modernist writer of the second half of the 20th century. Modernism in literature and the theatre is in part characterised by the description of a world which no longer makes sense, in which the old certainties are dead – for example, belief in god or the inevitability of historical progress. In Endgame, three characters are praying to god, then give up in despair, one of them crying out, ‘The bastard! He doesn’t even exist.’

The modernist tradition also reveals human personality not as rounded and coherent (in the manner of 19th century novels) but as split and dehumanised, a psychic war zone, prey to powerful unconscious forces, or as atomised into a multitude of criss-crossing sensations and perceptions (for example, James Joyce). In the novels of Franz Kafka, the individual is gradually reduced to an object, the plaything of powerful, impenetrable and incomprehensible bureaucratic forces. In an age which witnessed the battle of the Somme, Stalin’s gulags, Auschwitz and Hiroshima, art, if it was to remain truthful, could not simply portray the world as it did in the 19th century.

Beckett is the heir of Kafka and Joyce. Specifically, his plays belong to the Theatre of the Absurd, a type in which the universe and human existence are depicted as without purpose, meaningless and irrational. In his most famous play, Waiting for Godot, two tramps are waiting for someone who never turns up. In Endgame, we are invited to regard as normal a life spent in a dustbin. Beckett’s work can thus be seen as a portrayal of human isolation, of the separation of human beings from each other and the reduction of individuals and their relationships to objects, all of which reflect our experience of modern capitalism.

In act one of Happy Days (1961), a woman, Winnie (Felicity Kendal), is buried in earth up to her waist, then in act two up to her neck. But through most of the play she remains stoically cheerful and optimistic, seemingly unaware of her predicament. Her husband, Willie (Col Farrell), has his back to us as he fiddles with his boater and only becomes fully visible at the end. He speaks mainly in grunts, so that their relationship is apparently moribund. Winnie thus experiences a terrifying solitude and almost complete loss of control over her life, but she refuses to be daunted, keeping her anxiety at bay with a certain routine: every day, she empties and repacks a shopping bag, removing and repacking all kinds of improbable objects from a toothbrush to a revolver. Her favourite expression is: ‘That’s what I find so wonderful.’ At the end of act one, she cries out, ‘This is a happy day,’ and at the end of act two: ‘This will have been another happy day.’

At other moments, however, Winnie appears as a woman in denial, one who refuses to acknowledge her desperate and deteriorating situation as she remains absorbed in the details of her shopping bag. The implication might be that to the extent that human beings no longer deal with oppression by recourse to god, the choice becomes one between action and self delusion. In Peter Hall’s new production, Felicity Kendal gives a superb performance as Winnie, a role that is clearly among the most testing in the modern repertory. She captures precisely that uncertainty of Winnie’s situation which makes her fluctuate between optimism, despair and denial. The other, strikingly innovative feature of the production is Lucy Hall’s set, not the usual earthen mound but an almost vertical, tilting serpentine coil, like a giant python. Not to be missed. 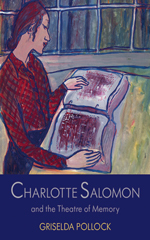 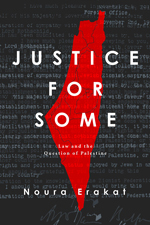