This article is over 4 years, 0 months old
In his new memoir the former Labour prime minister Gordon Brown seeks to rebrand himself as a cuddly old leftie fit for the Corbyn era. John Newsinger recalls some of the evidence to the contrary.
By John Newsinger
Downloading PDF. Please wait...
Wednesday 03 January 2018

While there were never any serious policy differences between Gordon Brown and Tony Blair, the conflict between the two men and their supporters was not just about personalities, or about who should be prime minister.

Where Brown differed from the Blairites was over attitudes towards the Labour Party. He still recognised that sometimes it was necessary for Labour politicians, no matter how right wing their policies, to be ready to placate the party membership by at least pretending to be left wing. Even while he was giving the bankers everything they wanted, he was still prepared to call trade unionists “Comrade” whereas Blair would rather have torn his tongue out.

Brown’s memoir, My Life, Our Times, is an extended exercise in trying to give himself some left wing credentials. It is written in an attempt to make himself acceptable to the new mass membership of the Labour Party, as someone prepared to support Jeremy Corbyn and John McDonnell.

And it seems to be working. As McDonnell has recently admitted, he is hoping for advice from “Gordon Brown, bless him”, looking forward to sitting down with him and some of his people to discuss how the next Labour government should proceed.

Brown’s true colours are more accurately revealed by the video tribute that he recently sent to the banquet in honour of Paul Dacre’s 25 years as editor of the Daily Mail.

One advantage that Brown has is that he actually was once on the left. He was a student radical and his PhD was a sympathetic study of the Scottish socialist James Maxton. He refers to his work on Maxton as having highlighted the need not to allow ideological purity to get in the way of achieving change. This is very much his view today.

At the time though, Maxton appealed to him because there were principles that he would not betray under any circumstances. Having bitterly opposed the right wing policies of the 1924 and 1929-31 Labour governments, Maxton subsequently led a breakaway, writing Labour off as a party capable of ever establishing workers’ power. Maxton would have had no trouble recognising the Blair government for what it was or Gordon Brown for becoming a champion of big business and the banks.

Even as late as 1989 Brown could write a devastating indictment of Thatcherism, arguing that it was difficult to see how the richest 1 percent had any shared interest with the rest of the population. But once in office, he and Blair set about not overthrowing Thatcherism, but embracing and consolidating it. By 2001 Brown was proclaiming New Labour “the party of business” and in 2004 he was publicly praising Margaret Thatcher because she had recognised “the need for Britain to reinvent itself and rediscover a new and vital self-confidence”.

When did he abandon reformism and embrace neoliberalism? Brown suggests that he saw the light on a visit to Australia with Blair in 1991. “Tony and I were in no doubt that we had to endorse markets, competition and the essential role of the private sector.” They wanted to build on Neil Kinnock’s fight against those who still wanted to get rid of nuclear weapons, opposed council house sales and public-private partnerships and even hoped “to renationalise British Telecom”.

There were differences between them, however, which seem to come down to him embracing Thatcherism in order to help the poor whereas Blair embraced it to help himself and the rich more generally. Brown seriously attempts to present himself as an opponent of neoliberalism at this time, but this is just a grotesque exercise in the rewriting of history. He tries, for example, to present himself as one of the victims of the Murdoch press. The reality is somewhat different. He and Blair actually competed for Murdoch’s favour, both of them meeting with the man whenever the opportunity offered. Brown’s reward was Murdoch’s decision, at Rebekah Brooks’s urging, to shift his papers behind Cameron’s Tories once Brown had become prime minister.

Brown does admit to responsibility for “some difficult privatisations”, singling out air traffic control as particularly controversial, but, he insists, his support for private sector involvement in the NHS, in education, indeed throughout the public sector, was all about helping ordinary people rather than helping the rich.

And, of course, his enthusiastic appeasing of the financial sector, his support for the lightest touch regulation, prepared the way for the Great Crash of 2008. The Brown government’s response at the time was to promise the City a new wave of privatisation and massive cuts in government spending. His nationalisation of the banks was useful in the sense that it disposed of the idea that nationalisation, rather than socialisation, has anything to do with socialist politics.

One last point: what does Brown have to say about the Iraq war? Ministers were lied to about Iraq’s possession of weapons of mass destruction, he tells us. This is the excuse made by an increasing number of New Labour politicians. The truth is that they lied to us! And they are still lying. 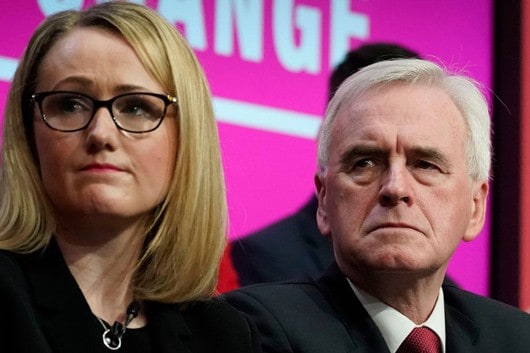 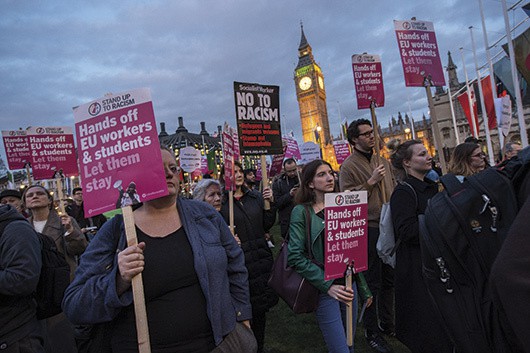