The great black writer James Baldwin wrote in The Fire Next Time, ‘There is no music like that music, no drama like that drama of the saints rejoicing, the sinners moaning, the tambourines racing and all those voices coming together and crying holy unto the lord… I have never seen anything to equal the fire and excitement that sometimes and without warning fill a church.’ The church and gospel music was the world of the young Sam Cooke. It is a world Peter Guralnick writes about expertly in his new book, Dream Boogie: The Triumph Of Sam Cooke.

Chicago, the city Cooke grew up in in the 1940s, had nearly 1,000 black churches and was the hub of a new gospel movement which produced the likes of the queen of gospel, Mahalia Jackson, The Ward Singers and The Soul Stirrers. Church ministers used the gospel quartets to draw in the crowds and whip their congregations into a frenzy of religious fervour.

Even from a young age Cooke’s family recognised that he had the voice of an angel. His big break came when he joined The Soul Stirrers. The image of the group was clean and dignified, something older people could be proud of and young people could look up to. That was true, but there was also another side – their music was not just a religious experience. It also tapped into the sexual energy of the teenagers drawn to their performances.

By the mid-1950s a new kind of music emerged that incorporated the blues and gospel – rhythm and blues. This was a secular music shunned by the black churches and labelled ‘devil’s music’. The widespread growth of radio, increased teenage buying power, and the gradual changing social and racial mores were affecting record buying habits.

For Cooke, the call of the ‘devil’s music’ grew stronger and stronger. The owner of the Harlem Apollo is said to have once told him, ‘If the rules are more important to you than the money, then stay there. If the money is more important then come this way’. And that’s exactly what he did. Like Nat King Cole, Aretha Franklin and Marvin Gaye, Sam made the transformation from gospel singer to pop star. In one interview Sam claimed that his goal was to be in the same league as Harry Belafonte, Dean Martin and Frank Sinatra. The goal was achieved with a string of stunning hits which included, ‘You Send Me’, ‘Chain Gang’ and ‘Wonderful World’, and a career organised on a businesslike basis.

Guralnick highlights one other important fact – Cooke’s phenomenal crossover appeal could not have taken place without the emergence of the civil rights movement. His book examines Cooke’s confrontations, his refusal to play to segregated audiences in New Orleans and his relationship with the boxer Muhammad Ali. One of the most interesting segments of the book is when the author writes about Sam’s creation of the civil rights masterpiece ‘A Change Is Gonna Come’.

A new book by Peter Guralnick is always something to be welcomed. His previous books, especially Sweet Soul Music and Last Train To Memphis: The Rise of Elvis Presley are path-breaking works. I’m afraid Dream Boogie is not on the same par – it is overlong and over-detailed. That said, one of the best successes of any musical biography is if it makes you go back and listen to the music afresh. On that count Sam Cooke’s records have not left my turntable for the last two weeks. 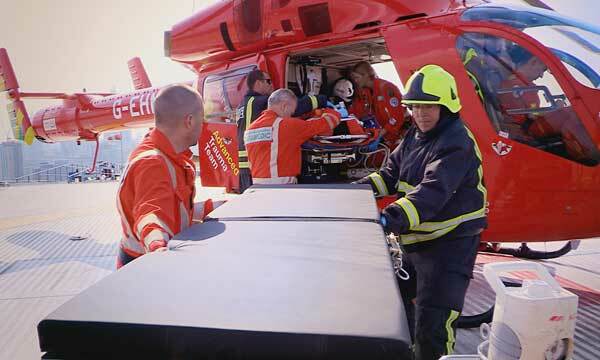 Up close with medics - but NHS cuts are left untreated

The Great War by Joe Sacco

An Illusory Way for the Kurds