A day which starts with a full-on screaming breakup with your partner, followed by a serious bout of panic, will not be enhanced by an unexpected visit from your granddaughter who needs $600 by the end of the day.

Lily Tomlin plays Elle Reid, a feisty, old school, sixties feminist, poet and lesbian, who is six months into her first relationship after the death of her partner of 37 years. Her granddaughter Sage is played by Julia Gardner. The film traces their day as they try to raise the money. We learn why Sage needs the $600 — for an abortion. We journey through Elle’s past, visiting old friends and old flames. Along the way we also learn the value of first edition books.

It’s a journey which reverberates in the present and the past for both women. This journey through Elle’s past, a past which isn’t known to Sage, is both a fabulous piece of storytelling and a possible weakness in the use of symbolism to enhance the story.
The women drive around in Elle’s classic American car — it’s not old; it’s vintage — with white wall tyres. By the end of the day Sage has learned about boundaries and Elle has softened her outlook.

We find out near the start that Elle has made a mobile sculpture out of her credit cards so the two women have to raise the money by other means. But why are all her friends from years ago? Does she have no current friends? It’s the tightly woven plot which shows us how groovy Elle is, but also how out of touch she has become.

Any film containing the message that good sex fuels your creativity no matter what your chronological age definitely has something of interest to say. It is beautifully made and a slick 79 minutes in length.

This is a film that is not afraid to talk openly about female sexuality and also about sexual activity among older people. However, both Lily Tomlin and Sam Elliot as an old flame portray very elegant and distinguished older people. Perhaps we can’t completely escape from Hollywood, land of the beautiful.

Grandma is both charming and challenging. It deals with unexpected and taboo sexual themes in a sophisticated and subtle manner that doesn’t announce the good guys and the bad guys ahead of time. It leaves room for surprises and has a refreshing, gentle humour. 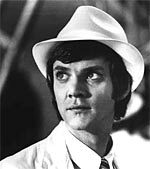 New DVD releases: Films to make you laugh, sing along and cry