This article is over 15 years, 3 months old
Government spin on the role of British forces around the world portrays them as gallant beret-wearing chaps just trying to help. Writer and anti-war activist John Newsinger recalls the events of the Great Indian Rebellion 150 years ago this month, which show how far this is from the truth
By John Newsinger
Downloading PDF. Please wait...
Tuesday 01 May 2007

The British Empire has always responded to any resistance to its rule with ferocious repression. In 1857 the Great Indian Rebellion posed a massive challenge to the British Empire. It was suppressed with unprecedented brutality. The British adopted a policy of “no prisoners”, a policy which was enforced by means of massacre and mass executions. One officer, Thomas Lowe, later remembered how on one occasion his unit had taken 76 prisoners (they were just too tired to carry on killing and needed a rest, he recalled). Later, after a quick trial, the prisoners were all lined up with a British soldier standing a couple of yards in front of them. On the order “fire”, they were all simultaneously shot, “swept… from their earthly existence”. This was not the only mass execution Lowe participated in. On another occasion his unit took 149 prisoners, and once again they were lined up and all simultaneously shot. These were merely routine episodes in the British Empire’s crushing of the rebellion.

In the aftermath of the rebellion, the British tried to pretend that it had been nothing more than a military mutiny in the Bengal Army and a subsequent breakdown in law and order, and that it was not a national movement because there was no such thing as an Indian nation. This was only ever convincing to the British and their collaborators. What is interesting is that at the actual time of the Great Rebellion even the British had no doubt that they were confronted by a national revolt. This revolt certainly had many components, as do all national movements, but nevertheless it brought together Hindus and Muslims, united by a common hatred of the British, and a determination to drive them out. The Great Rebellion was, without any doubt, the most serious challenge the British Empire was to face before the First World War.

The British Empire in India had been established by a succession of wars of aggression waged during the 18th and early 19th centuries. These wars conclusively demonstrated the predatory nature of the British state, proving beyond any doubt that it was the “rogue state” of the day. Moreover, in India this state took the form of an early example of a private-public partnership. India was ruled and exploited by a private business, the East India Company, on behalf of the British Empire. In the early 19th century this company had invaded Afghanistan and Burma (twice), occupied the Sind province and the city of Gwalior, and fought two bloody wars with the Sikhs for control of the Punjab. These conflicts had established British domination over the subcontinent, a domination that rested quite unambiguously on the sword.

British rule was oppressive and brutal. India was ruthlessly exploited for the benefit of Britain, and the Indian people were compelled to submit by force. The collection of taxes was accompanied by the use of torture, something that was acknowledged at the time, although one searches in vain for any mention of it in today’s history books. Moreover, relations between the British and the Indian population were characterised by racism and violence. It was customary for the British to violently assault Indians for perceived misdemeanours, for example a spilled drink, boots not clean enough, or being too slow to obey orders, and indeed, this continued to be the case right up until the end of British rule in 1947.

There was continual resistance. What happened in 1857, however, was that accumulated grievances were to come together to produce a massive widespread revolt that saw British control overthrown throughout much of the country, and, for a while, saw the British Empire itself seriously threatened.

The most important factor in provoking the rebellion was the British annexation of the allied and friendly princely state of Awadh in 1855. This was seen as demonstrating that the British were absolutely untrustworthy and that even their allies were inevitably doomed to fall victim to their insatiable appetite for land and taxes. The annexation outraged much of Indian opinion, especially among the sepoys (Indian troops) of the Bengal Army. Inevitably hostility to the British took on a religious colouration with Hindus and Muslims joining together in opposition to what was seen as a Christian threat to their religion. Grievances regarding pay and conditions joined together with religious fears to produce a wave of mutinies in the Bengal Army that began in the city of Meerut in May 1857. The rebels killed their British officers and their families and marched on Delhi where they proclaimed the restoration of the Mughal Empire under the last of the Emperors, the octogenarian Bahadur Shah, for years a client of the British.

The mutinies in the Bengal Army set loose a widespread rebellion that involved peasant revolt in the countryside, artisan revolt in the towns, religious insurrection and revolt by sections of the gentry. It was to engulf some 150,000 square miles of territory with a population of 45 million. This was without doubt one of the great revolutionary outbreaks of the 19th century.

Why was the Great Rebellion defeated? This was a product of weaknesses on the rebel side and of strengths on the British side. While the rebellion swept away British rule throughout much of the country, instead of carrying the revolt further afield, the rebels concentrated their forces in Delhi. Here they remained while the British assembled an army strong enough to destroy them. The rebels’ only hope was to spread the revolt, to seize Calcutta and hopefully provoke rebellion and mutiny throughout the subcontinent. The failure to do so was to prove fatal. This was itself a failure of leadership, and the fact remains that the rebellion never threw up, or perhaps more accurately, never had time to throw up an effective revolutionary leadership. The British successfully crushed the movement while an effective leadership was still struggling to emerge. Consequently, the Indian Rebellion produced no leaders of the calibre of Toussaint L’Ouverture or of Dessalines, who had led the overthrow of slavery in St Domingue and the establishment of the Haitian Republic in 1804.

Savagery that rivals the Nazis

The British side had an overwhelming technological superiority. The sepoy mutineers were armed with the old Brown Bess musket, while the British were increasingly equipped with the new Enfield rifle that was more accurate at a greater range. Moreover, most of the rebels were altogether without firearms, many armed with bows and arrows and spears. The British could shoot them down without facing any effective reply. Decisive, however, was the British superiority in artillery. Instead of using their superior numbers and mobility to wear the British down, the rebels met them in pitched battles and sieges where the British forces’ technological superiority could be used to most advantage.

The British put the rebellion down with a degree of savagery that rivals the one displayed by the Nazis to European resistance movements during the Second World War. It is easy to think that this is just exaggeration, but the record is absolutely clear. Prisoners were blown from the mouths of the guns, men were burned alive and women were raped to death. All this was admitted, indeed often justified at the time. At Kanpur, where British women and children had been killed by the rebels, prisoners were forced to lick the bloodstained floor clean before being flogged and then hanged. One British officer proposed “flaying alive, impalement or burning” as the only appropriate retribution. A British sergeant later wrote of a giant tree with 130 men hanging from its branches. One can imagine the horror with which such an episode would be greeted if it was the work of the Nazis.

The excuse for this savagery was provided by the atrocity stories that were told about the rebels. They had publicly raped white women, blinded and mutilated them, burned them alive and forced them to watch their children tortured to death. These stories all had one thing in common – they were all untrue. This was later acknowledged by the British authorities when exhaustive enquiries failed to turn up any evidence whatsoever of rape and torture. Certainly British women and children had been killed in the revolt, but the rape and torture stories were lies. Nevertheless, the lies had served their purpose, unleashing the most ferocious repression and ensuring that British public opinion condoned it.

Even in the face of the tremendous propaganda campaign that accompanied the suppression of the rebellion, there were socialists in Britain who championed the rebel cause. The Chartist leader, Ernest Jones, in his newspaper, the People’s Paper, celebrated the rebellion as “one of the noblest movements the world has ever known”. Moreover, he insisted that the rebellion was “not a military mutiny but a national insurrection” that should be supported by people in Britain just as they supported the Polish, Hungarian and Italian nationalist movements. He urged the British working class to support “the independence of India”.

Both Karl Marx and Frederick Engels supported the Great Indian Rebellion. Engels, in particular, was absolutely outraged by the conduct of the British army. Their behaviour, “plundering, violence, massacre”, was a disgrace. Indeed, he argued that “there is no army in Europe or America with so much brutality as the British”. Engels pointed to the number of British officers – 150 in just one command – who had resigned their commissions in the course of the fighting, not because of any humanitarian scruples, but because they had become rich men from the amount of loot they had pillaged. He wrote that “if any other troops in the world had committed one-tenth of these excesses, how the indignant British press would brand them with infamy”. When they are the work of the British army, however, they are portrayed as “the normal consequences of war”. This double standard has, of course, continued down to today.

What Was it Good For? 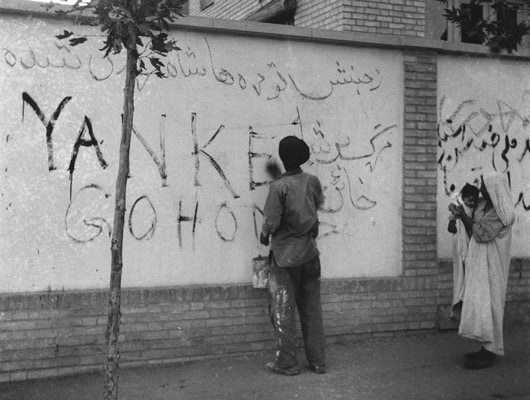