In the last five days before this was written, two of the world’s largest investment banks have disappeared: Lehman Brothers in a puff of derivatives, Merrill Lynch swallowed whole by a competitor. HBOS, holding one in every six pounds saved in Britain, was gobbled up by Lloyds-TSB, the Brown government tearing up its own anti-monopoly rules to force the takeover through. And the largest insurer in the world was nationalised to prevent its collapse. One-time apologists for neoliberal capitalism are nervously looking at their history, and wondering if a second Great Depression is already upon us. Selwyn Parker’s well-timed book, The Great Crash, attempts to provide a short history of the period.

It would take a brave author to challenge economist J.K. Galbraith’s classic work, The Great Crash, 1929 , which remains – decades after its 1954 publication – on university reading lists and in the bookstores. Galbraith’s account set a high bar: beautifully written, often brilliantly sardonic, Galbraith carefully integrated his own explanation of the Crash’s causes – weak institutions and gross income inequalities – into a narrative of greed and wilful stupidity on the part of those managing the markets.

Parker makes a spirited assault on the same territory. A business historian, his book shows some of the particular skills of that trade: it is highly readable, with rarely a page without some fresh anecdote, and in bringing out some of the thoughts of those making decisions over the period, Parker offers a real page-turner of a book. Not bad for a work in the notoriously dry field of economic history.

But by focusing on the individuals, and basing his narrative around their apparent follies, Parker misses the bigger picture. The Great Crash did not emerge out of nowhere: capitalism, battered by World War One and the subsequent revolutions across the world, was in a bad state for much of the 1920s. Old powers like Britain never recovered their pre-war eminence; emerging powers, like the US, had not found their place.

The underlying causes of this dislocation were the tendency of capitalism to over-reach itself: chasing ever greater profits, squeezing every last drop of value from its workers, it steadily undermined its own conditions of existence. What Marx called the tendency of the rate of profit to fall was reasserting itself. Chris Harman’s Explaining the Crisis brings this out very well.

Forced by competition to invest in new machinery and to operate new techniques, like the innovation of Ford-style mass production that was transforming industry after industry, capitalism became more productive – but finding markets became increasingly difficult. In their place, a giant speculative stockmarket bubble began to expand. Its (inevitable) bursting in 1929 was the result of long-term problems in capitalism, not merely greed or irrationality on the part of investors.

Parker’s book is a good read. But it lacks the theoretical armature that supports the best accounts of the Great Depression. 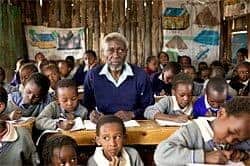 Dissecting the system that carves up the globe