On 3 March EU commissioner Ursula von der Leyen went to Evros on the Greek-Turkish border in order to congratulate Greek prime minister Kyriakos Mitsotakis on his murderous policy against refugees.

She also pledged €700 million (£635 million) to continue his work, stating that Greece has become “Europe’s shield”.

Meanwhile, Greek foreign minister Nikos Dendias’ request for an urgent EU leaders’ summit on the “refugees crisis” was met on 18 March when they held a conference call.

However, the issues discussed were Covid-19 and the resulting economic crisis.

But on the same day, German chancellor Angela Merkel, French president Emmanuel Macron and Turkish president Recep Tayyip Erdogan continued with another call about the continuation of, or a new, EU-Turkey refugee agreement.

Erdogan has been asking for more European support during the confrontation he faces in Idlib in Syria.

He also wants about €6 billion (£5.4 billion) to continue locking up four million refugees in Turkey—the result of the 2016 EU-Turkey agreement.

Erdogan opened Turkey’s border to Greece on 28 February, telling refugees they can leave the country.

This was a ploy to put pressure on the EU and his local competitor in the region.

This was a gift to Mitsotakis, who saw a great opportunity to reverse the situation he faced after the severe defeat he had faced days before. Local people on the islands of Lesvos and Chios threw out hundreds of Greek riot police, who had arrived in order to implement the building of prison camps for the refugees. They were also met with three-day general strikes on the islands.

Mitsotakis took the opportunity and deployed a recipe as old as capitalism— a strong dose of racism, add enough nationalism against Turkey, adopt the most dirty far-right rhetoric, and let the army and the riot police destroy the refugees.

He said the country is at war. He sent Greek police and soldiers, “national guards” and paramilitary far right and fascist gangs to fight a “special war” against “invading” refugees, accusing the Turkish riot police of helping them.

Mitsotakis also illegally denied the right of asylum right for one month, and stopped all asylum procedures.

This racist operation has given space to fascists, Golden Dawn and ex-Golden Dawn, to come out of their holes, along with other European neo-Nazis, in Evros and the islands.

Meanwhile operations still go on at the Greek-Turkish border even with the Covid-19 outbreak and despite the number of refugees trying to cross falling.

How has the Greek left approached this situation?

At the beginning of March, Syriza’s leader Alexis Tsipras stated that “once there is a mass assault, the government is right to close the border”.

He added that he was “ready to help” the government, and that his own government had also shut down Evros before, but “without drumming”.

The political bureau of the Communist Party (CP) of Greece also spoke of the “necessary guarding of the border in Evros” that cannot be used “to legitimize far right voices and actions”. CP secretary Dimistris Koutsoumbas accepted the government’s propaganda about an “asymmetric threat”.

In contrast, ANTARSYA, the anti-capitalist left, called for the borders to be opened to refugees, while the Socialist Workers Party in Greece and DSiP in Turkey issued a common statement against the racism and nationalism in both countries, and against EU-Turkey racist agreements.

The government’s policy and the consent from the leadership of the reformist parties does not mean that the solidarity movement has been halted.

“Let them pass, close the camps, open the borders to the refugees” was the message sent by the thousands of protesters, including Syriza youth and other leftists, who flooded downtown Athens on 5 March.

The demonstrations continued even as the Covid-19 quarantine was starting.

About a thousand militant protesters marched in Lesvos in the largest demonstration on the island since the rebellion against the building of a prison for refugees.

Turning Greece into an EU “shield” means escalating the humanitarian crisis and the gloomy situation on the islands, with new camps, militarisation and repression giving new open fields of action for the far right and fascists.

This is a huge cost that we will all—both refugees and locals—have to suffer.

We have to stop the right and the fascists, open the borders, give asylum and housing to the refugees, and evacuate the camps—particularly now that Covid-19 gets closer and closer. 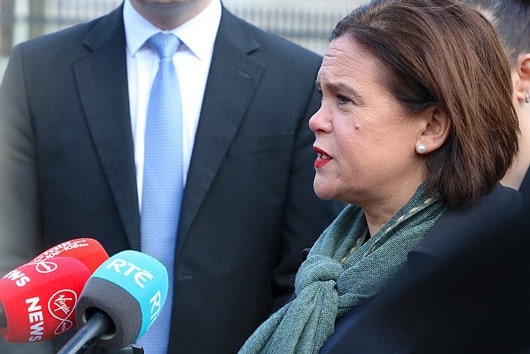 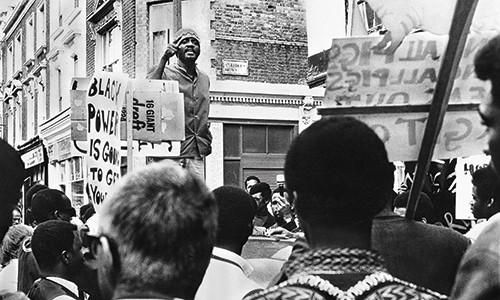 Blair's Crisis: Holed Beneath the Water 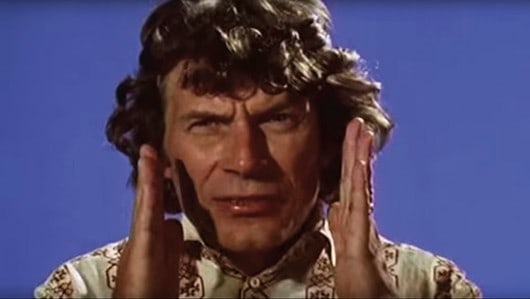