The debacle of his preparing for an election and then pulling back from it has confused and demoralised his own side, and given the Tories a major political advantage. While the election has probably now been pushed back nearly two years, Brown’s own popularity has plummeted in the opinion polls.

There was widespread hope among trade union leaders, MPs and many ordinary Labour supporters that Gordon Brown would be different. His poll ratings and popularity reflected that over the summer, as he benefited from not being Tony Blair and from making usually empty promises to change some of Blair’s policy.

Brown’s spectacular self-inflicted wounds in hyping up and then drawing back from an election, and his adoption of Tory policy on inheritance tax, have ended that popularity and most of those illusions.

For a large minority of the left, however, that process has already happened. Ten years of Blair/Brown have led to various splinterings from the left of Labour and the establishment of new and alternative parties to the left. The creation of Respect, the deselection and independent candidature of Bob Wareing in Liverpool, the election of Peter Laws in Blaenau Gwent at the 2005 general election, the discussions in unions such as the RMT about standing in future elections, all indicate broad working class dissatisfaction with Labour and sufficient determination to begin to build an alternative.

Connected with this is the growing refusal of workers, especially those involved in struggles in the public sector, to continue to pay their money into a political fund which delivers money to a Labour government which repeatedly attacks their interests. Firefighters and rail workers are being joined by postal workers in questioning this grotesque bargain where they pay Labour but Labour doesn’t reward them.

The post workers are angry that government is backing their employer, Royal Mail, in the company’s attempt to impose new and draconian conditions in the name of efficiency and competition. But it’s not only the postal workers who are sick of Labour. Ten years after the election of a Labour government we have suffered war, privatisation and repeated attacks on working people.

No wonder many on the left are talking very seriously about the need for an alternative to Labour. The debate inside many unions is focused on the political fund, but the discussion in the RMT is about a new party to represent workers.

The Labour left has seen in recent months the failure, despite a high profile campaign, of left MP John McDonnell to get his name on the ballot paper in the leadership contest against Brown. It has also seen the ruling out of virtually all debate at Labour Party conference (a move agreed by the union leaders because they thought an election imminent), making the gathering even more dominated by vacuous speeches and a climate of corporatism.

While many of the left are still committed to the party, there is clearly a great deal of soul searching about the future and a desire to move beyond the boundaries of the party in organising campaigns and movements.

Respect has scored some electoral success in its four years of existence, with elected representatives in Tower Hamlets, Newham, Birmingham, Preston and Bolsover. However, it now faces a major debate about the way forward in the run up to its national conference this month, where hopefully it can maintain its original orientation as a diverse and democratic coalition committed to the politics of equality.

There are many problems facing Respect. One major problem is the sheer difficulty of building an alternative to Labourism. There have been many people leaving Labour who would like an alternative, but the meagre resources of the left have made it hard to build that alternative. Labour has huge reserves of strength even now, the first past the post system in Britain makes electoral success much harder than in many countries, and Labour has a major electoral machine around the country.

Nonetheless, we can be part of creating a much bigger left. We have always said that Respect is a work in progress and that it suffered initially from not having wider forces, especially from the Labour left, on board. Many of those same people are now looking for alternatives, given the failure of the Labour left to make any headway.

Respect has played an important part in redrawing the map of the British left. It has support among students and has attracted some Labour lefts and trade unionists to its ranks. Many more are watching how it develops over the months ahead. The big task is to relate to this wider layer of people disaffected by Labour and help create a genuine radical alternative.

Why won't Labour back strikes? 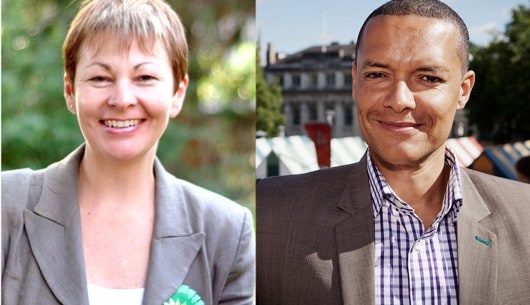 What kind of unity? 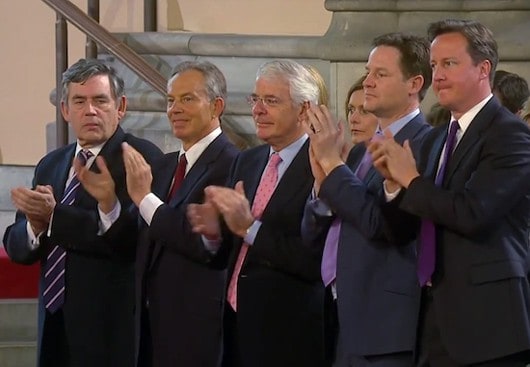 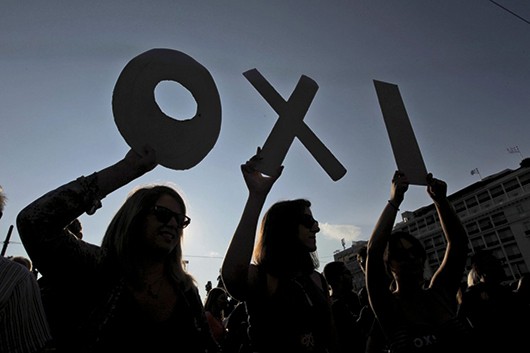