Growing rage over black deaths in US

Fifty years ago last month Dr Martin Luther King was being feted in Europe as he travelled to Norway to collect the Nobel Peace Prize. The previous year his legendary speech at the end of the March on Washington had captivated a worldwide audience. In its aftermath the US Congress passed the Civil Rights Act, and a voting rights act would follow in 1965.

King was riding the crest of a wave of acclaim and it appeared that his dream was becoming a reality. Five decades later the French newspaper Liberation ran a front page which counterposed an image of a forward-looking King with that of a downcast Barack Obama.

Its headline read “Racisme: Le Rêve Perdu” (Racism: The Lost Dream). In the US itself the words “Streets of Rage” appeared above the striking image of a burning police car on the front of the New York Post tabloid.Those headlines appeared after a series of protests erupted when a grand jury announced that police officer Darren Wilson would not be indicted for shooting Michael Brown dead in Ferguson, Missouri.

The protests escalated when a similar panel decided that policeman Daniel Pantaleo should not face charges for choking another black man, Eric Garner, to death. Within two years of King’s Oslo acclaim America’s inner cities were rocked by a series of uprisings which the demoralised King described as “the language of the unheard”. Today millions of black Americans still have no real voice in the corridors of power.

There are thousands of “black faces in high places”, not least in the White House itself, and yet the predicament of most black people has worsened. By 2012 black median household incomes had sunk to levels previously experienced in 1967. The hope encapsulated by Obama’s 2008 campaign slogan “Yes We Can!” has turned to despair. That “Black Lives Matter” should be a refrain speaks volumes. Obama’s response has been characteristically mealy mouthed. While appealing for respect for the rule of law, he proposes only a new civil rights commission and minor policing reforms.

The presence of recording cameras did not save Eric Garner, or rescue Rodney King from a savage beating by Los Angeles cops way back in 1992. It should also be remembered that Obama has authorised the transfer of billions dollars worth of military equipment to local police forces. It is little wonder that a fierce debate has opened up about the way forward.

In many areas it is people who were the direct beneficiaries of the 20th century struggles who enforce the criminalisation and exclusion of their less fortunate brethren. The so-called “hip hop generation”, those who have come of age in the new millennium, are increasingly looking for radical alternatives.

Many of those protesting take inspiration from Malcolm X, the firebrand who predicted the riots that so dispirited King. Malcolm preached a more militant message. He never lived to see the uprisings, as he was murdered (we will mark 50 years since his death next month), but in his wake exciting new groups such as the Black Panther Party emerged.

A resurgence of these black nationalist ideas is understandable, but a striking feature of the recent protests has been their multiracial nature. In addition, fast food workers campaigning for a living wage have expressed their solidarity with banners and slogans, linking their struggle with the fight against police brutality. It remains to be seen whether anything lasting emerges but these expressions of multiracial and class unity are a welcome development. 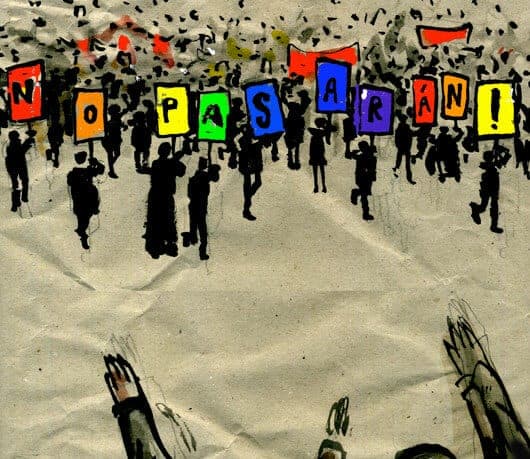 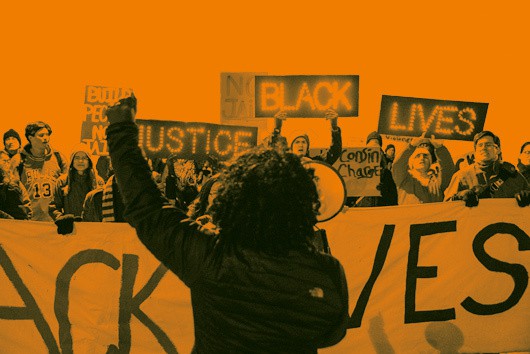