Apart from the factors he mentions which have contributed to this, there is also a scandal surrounding links between politicians and paramilitary groups developing which threatens President Alvaro Uribe.

In April Colombia’s principal newspaper El Tiempo reported the confessions of Francisco Villalba, a former member of the right wing UAC paramilitary group, detailing activities in Antioquia from 1994 onwards. It described massacres of villagers, captured to be used in practice sessions during which Villalba and others were trained to carry out atrocities such as removing limbs and eventually murdering victims with chainsaws.

These revelations have come about through the “Justice and Peace” programme of President Uribe, which ostensibly aims to demobilise the death squads, and has been important in bolstering his image as a democrat. Unfortunately for Uribe, he himself was the governor of Antioquia during the period in question.

Since scores of former paramilitaries are now being charged, some are keen to lighten their sentences by spilling the beans. There are accusations that death squads’ activities were coordinated from Uribe’s own ranch.

Already 30 members of congress have been detained or are under investigation for involvement with paramilitaries. Jorge Noguera, Uribe’s head of intelligence, has admitted drawing up lists of trade unionists and academics for assassination.

Uribe isn’t yet being investigated and is attempting to pass a law to ensure that politicians will escape prison. But his base is looking increasingly fragile, in tandem with that of his great ally George Bush. 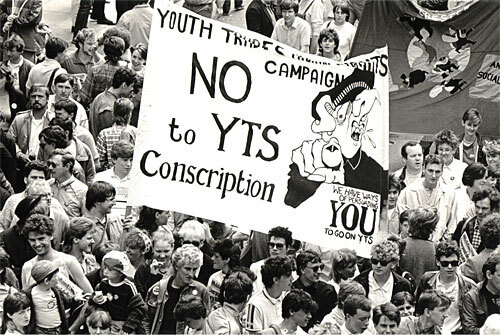