This article is over 5 years, 0 months old
The fourth part of our series on the Wobblies looks at the role of women in the workers’ and socialist movement.
By John Newsinger
Downloading PDF. Please wait...
Tuesday 03 January 2017

Only 12 of the 200 delegates at the founding convention of the Industrial Workers of the World (IWW) were women, but they included the African American anarchist and veteran revolutionary Lucy Parsons. In her speech to the convention, Parsons urged all women to read August Bebel’s Marxist account of the position of women, Woman in the Past, Present and Future (first published in 1879).

Here Bebel wrote that while men were slaves throughout history, the position of women was worse because they are the slaves of slaves. Parsons said, “There was never a greater truth uttered… We are exploited more ruthlessly than men. Wherever wages are to be reduced, the capitalist class uses women to reduce them.” The way forward was “to organise the women”.

In the discussion on the level of union dues, she reminded delegates that women textile workers in Rhode Island earned only $3.60 a week: “They are the class we want…women who get such poor pay should not be assessed as much as the men who get higher pay.”

And she looked forward to the time when the workers would not “strike and go out and starve, but strike and remain in and take possession of the necessary property of production”. She urged the delegates, “men and women”, to embrace “the spirit that is now displayed in far-off Russia”.

From the very beginning the IWW set about organising women workers, sending women organisers out into the field. The most remarkable of these was Elizabeth Gurley Flynn, who was first arrested for her political activity when she was 16. She was one of the IWW’s most popular speakers and effective organisers and was to be elected onto the union’s executive in 1909, still only 19 years old.

During the great Lawrence textile strike of 1912 one of the songs the women strikers used to sing was “In the Good Old Picket Line”. It contained the lines: “Then Gurley Flynn will be the boss/ Oh, Gee, won’t that be fine/ The strikers will wear diamonds/ In the good old picket line.”

Even in a union committed to organising women on equal terms with men there were plenty of men with sexist attitudes that had to be fought. Gurley Flynn herself complained of one local where the men kept their wives away from IWW women in case they got “queer ideas”.

She regularly lectured on birth control (illegal in the US at the time), which opened up “another avenue of assault upon the system” — but the men seemed oblivious to this. They had to realise that the IWW “stands for a larger programme than more wages and shorter hours, and the industrial freedom we all aspire to will be the foundation upon which a different world for men and women will be reached”. Margaret Sanger, the foremost US advocate of birth control and sex education, was recruited to the IWW cause after hearing Gurley Flynn speaking to women laundry workers on strike in New York in 1911.

In March 1914 Sanger began publishing her magazine, The Woman Rebel, but was arrested in August for inciting “murder and assassination” in its pages when she praised an attempt to assassinate John D Rockefeller after the Ludlow massacre. While awaiting trial she wrote the pamphlet Family Limitation, before escaping abroad. The IWW distributed 100,000 copies of Family Limitation.

Another IWW birth control advocate was Marie Equi, a medical doctor and open lesbian who was recruited after being clubbed on a picket line in Portland, Oregon. She was a strong supporter of women’s right to abortion. During the First World War she was to be jailed for three years for her anti-war stance.

The IWW organised and fought dozens of strikes involving women workers. There is only space here to briefly consider one: the Little Falls strike that began on 10 October 1912. It began with the workers at the Phoenix and Gilbert Knitting mills walking out in protest against pay cuts.

Most of the strikers were immigrant women — Italians, Poles and Slovaks. The picket line was regularly attacked by the police, meetings were banned and a number of IWW organisers were arrested on trumped up charges and jailed. Under the leadership of Matilda Rabinowitz the strike held solid and, on 3 January 1914, the management capitulated and reinstated the cuts.

One boost for the strikers came when Helen Keller, the famous deaf-blind woman and disability activist, who was also an IWW sympathiser, sent a donation of $87 to the strike fund. The accompanying letter was read out to the strikers: “If they are denied a living wage, I am also defrauded. While they are industrial slaves, I cannot be free.” 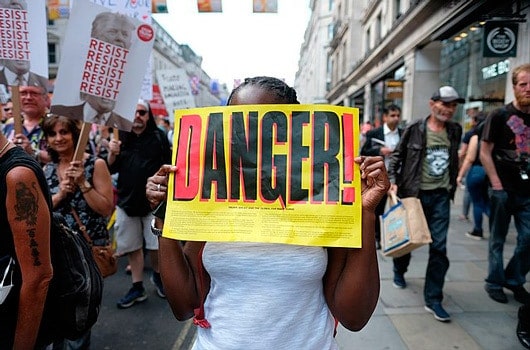 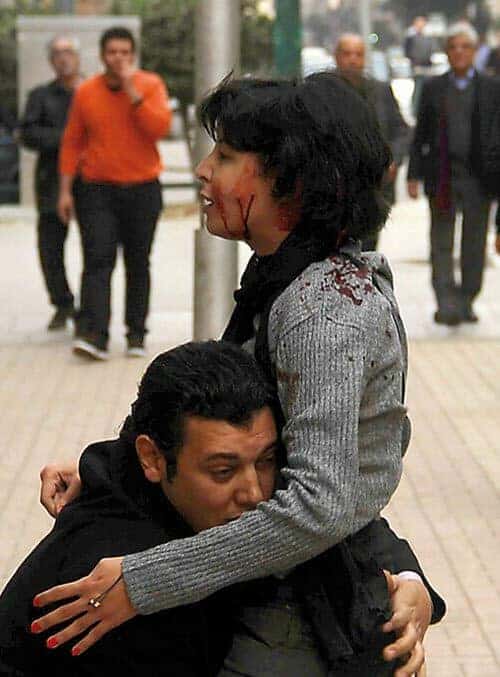 Egypt: murder that rocked the regime