Margaret Atwood’s new novel is based on Shakespeare’s The Tempest. The main protagonist is Felix Phillips, former artistic director of the acclaimed Makeshiweg Theatre Festival, a kind of Canadian Stratford-upon-Avon.

We get a sense of the productions that Felix has become famous for, by the description of The Tempest production he had been planning in which Ariel is “a transvestite on stilts who’d transform into a giant firefly at significant moments” and Caliban as “a scabby street person — and a paraplegic as well, pushing himself around the stage on an oversized skateboard.”

Not only will the production amaze and confound his audience, but it will help heal the emotional scars left by the death of Felix’s beloved daughter — Miranda — from meningitis.

But on the eve of the production, he is pushed aside by his associate Tony Price, whom Felix had entrusted with the business side of the festival, without realising that the “evil-hearted, social-clambering, Machiavellian foot licker”, was all the while plotting to oust him. Exiled from his beloved festival, living in a shack in the woods near Makeshiweg, Felix plots his revenge. His chance comes when he gets a job at a nearby prison, running its “Literacy through Literature” programme.

For as Felix’s success in teaching literacy through enacting Shakespeare’s plays leads to media attention, a visit is planned by Tony Price — now Canada’s Minister of Heritage — having employed the same scheming tactics he used to depose Felix, to gain even greater power. And part of the reason for the visit is his plan to axe “extravagant” programmes like the one at the prison, as part of new austerity measures.

The most powerful aspect of this novel is the tension that develops as we wait to see whether Felix’s staging of a new prison play — The Tempest — timed to coincide with the Minster’s visit, will allow him to ensnare Tony Price and bring about his downfall. The tension is heightened by signs that Felix’s misfortunes may have affected his sanity, most clearly indicated by the conversations he begins to have with his dead daughter’s spirit.

But this is also a novel of great humour and creativity, particularly in the way the prisoners’ particular skills or foibles mirror the characters they act in the play. And it is particularly the creativity the inmates bring to Felix’s project that not only allows him to finally obtain justice, but also to produce a play with far more to say artistically than his previous overblown productions.

My one criticism of this novel is that we could hear more about the points of view of the other protagonists. For instance, the black ex-military veteran who points to the links between Caliban’s situation and the history of colonialism and slavery, or the feminist actress brought in to play Miranda, who introduces a much needed female perspective into this all-male ensemble.

In fact we do get to hear these alternative points of view, but only at the end of the novel, when everyone gets a chance to reflect on what might have happened to the play’s characters, after the main action has concluded. Although fascinating, this part of the novel feels a little tacked on.

This however, is a minor criticism. For while this is a novel about redemption, it is also ultimately about empowerment. Ordinary people do have power, even within seemingly powerless situations, and powerful people can sometimes be brought to justice. 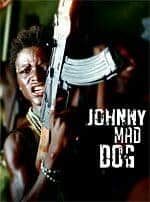 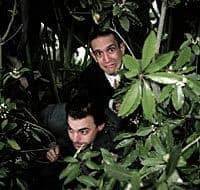