This article is over 9 years, 0 months old
Why has racism returned to the "beautiful game"?
By Brian Richardson
Downloading PDF. Please wait...
Tuesday 01 January 2013

The beginning of a new year is traditionally regarded as one of the highlights of the football season. As we enter 2013 however, the self-proclaimed “beautiful game” limps on, hamstrung by a series of events which have exposed the racism that remains endemic and continues to leave an ugly stain. By the end of 2012 this had led to the resignation of former Commission for Racial Equality chair Herman Ouseley from the FA Council and the start of serious discussions about the establishment of a breakaway black players union.

For many years racism continued to flourish virtually unchallenged at football clubs abroad. By contrast, clubs and football authorities here displayed their anti-racist credentials by dedicating time and resources to promoting the Kick It Out campaign. In the past couple of seasons however the shallowness of that commitment has been exposed by the response of two of the biggest clubs, Liverpool and Chelsea, and of the FA itself, to serious allegations of racism levelled at leading players at those clubs.

Liverpool sent their players out to warm up in t-shirts that portrayed star striker Luis Suarez as a victim rather than the perpetrator of racist abuse directed at Manchester United’s Patrice Evra. Then England manager Fabio Capello resigned when John Terry was forced to stand down as captain of the national team. The FA still allowed him to be selected for the European Championships in preference to Rio Ferdinand, brother of the player Terry had called a “fucking black cunt”.

Since then, hardly a week has passed without an allegation of racism either on the pitch or from the stands or in tweets or other social media. This in turn has led to a discussion about how widespread the problem is and about the effectiveness of Kick it Out.

There has been real progress in football in recent decades. In part this has come about because we live in a more diverse and integrated society. In 1978 Viv Anderson became the first black footballer to play for the full England team. From that time on, black players began to feature more frequently in club sides, but they were often subjected to vile abuse even from their own club’s “supporters”. Since then, Paul Ince has captained the England team and Ashley Cole is on the brink of his 100th cap. The atmosphere at Arsenal in the mid-1990s was unrecognisable from a decade earlier, in no small part because of the presence of the talismanic striker Ian Wright.

Change has not simply come about through osmosis however. Instead there was a conscious and determined effort by anti-racist fans, black and white to organise, produce leaflets and fanzines and plan activities which drove the racists off the terraces.

Let’s Kick Racism Out of Football was established in 1993 as a coalition between grassroots fans, the Professional Footballers Association (PFA) and the Commission for Racial Equality. It was, and remains, a decent initiative run by committed anti-racists. Former director Piara Powar was once a leading member of the Newham Monitoring Project.

Precisely because it was radical and effective, the FA felt obliged to support the initiative. It was subsequently re-branded Kick it Out and, since 1997, the majority of its funding comes from the FA, the Premier League and PFA.

Arguably, this corporate takeover is the source of the current problems. Premier League football is big business. Its members pay lip service to anti-racism; they have a major commercial interest in so doing when they have so many black players and often a sizeable fan base in black communities. At the same time however, as Ouseley pointed out, the players are their prime “assets”. As with all businesses therefore, when push comes to shove the protection of these assets is more important than any commitment to “corporate social responsibility”.

Racism was never eradicated from football. Apart from Michael Chopra it is hard to think of a single player of Asian origin in the professional game. Meanwhile there are a mere handful of black coaches, managers, directors or senior administrators.

Ouseley’s anger and that of those black players who refused to wear Kick it Out t-shirts is a result of their frustration at the stalled progress and the failure to take their concerns seriously. It is this that lies behind the calls for a separate union. There is also some suggestion that things have begun to go backwards in the stands. According to Ouseley, Kick it Out has received reports of organised racists, including the English Defence League, making a concerted effort to rebuild among football fans. Clearly there is work to be done and a debate to be had about the best way forward.

I sympathise with the stance taken by the players and it has had the effect of forcing the authorities to promise action. That shows the potential of protest and surely confirms the general approach to unions – that it is better to stay and fight to change them than to go your own way. Beyond that, there is a challenge for those of us who follow football or live near grounds to rebuild the grassroots activity that kick-started the campaign and marginalised the racists in the past. 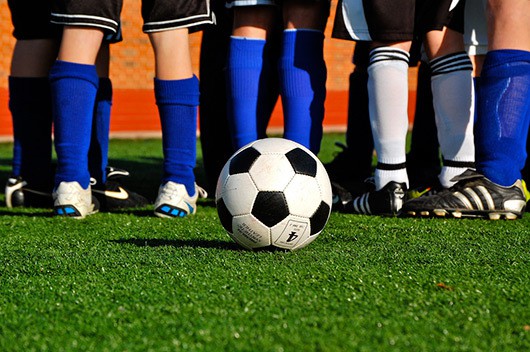 A callous disregard for kids' humanity