At the time of writing 5,804 people in Britain are waiting for transplants, but in the last three months only 174 people have donated organs. This is despite over 11 million people having signed up to the NHS organ donor registry. The problem is the issue of consent, which despite your stated intentions has to be gained from your bereaved next of kin in the event of your death.

Yet New Labour has torpedoed a bill which could have saved many lives by ordering Labour MPs to vote against a proposal for ‘presumed consent’. This system, already in place in many European countries, allows people to opt out of organ donation by joining a national registry, but presumes that those who do not opt out have no strong objection to their organs being used after their death.

The government claims that ‘presumed consent’ would not increase the supply of organs, but this assertion is contradicted by the evidence from countries where it has been adopted. Which leaves three possible explanations for New Labour’s three-line whip: that, in the words of the policy’s proposer Evan Harris, it is ‘simple and pure control freakery’, that it does not wish to offend the religious right, or that it is unwilling to supply the small amounts of funding necessary to move to a new system. None of which qualify as a justification for another deadly policy of neglect. 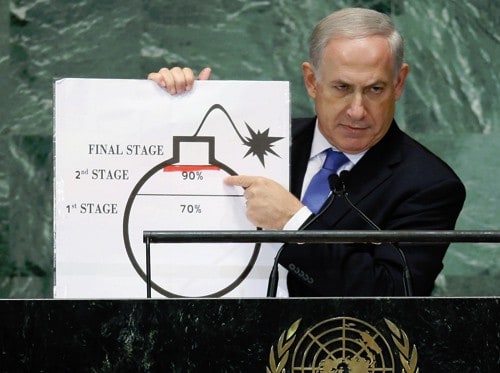 Bibi caught in a lie over Iran's nuclear programme