A Hidden Landscape Once a Week

This article is over 2 years, 8 months old
By Patti Mckenna-Jones
Downloading PDF. Please wait...
Tuesday 07 May 2019

The decades of the music press described in this book are a world away from what we get now — the whim of a click and unified by nothing but competition. The book derives from discussions and interviews provoked by a conference convened by Mark Sinker entitled Underground/Overground: the Changing Politics of UK Music-Writing 1968-85.

Wild, honest and at times sickening, if you didn’t experience this era, reading this evokes something of its flavour (I remember having to wait till Thursday before I could physically go and buy the New Musical Express — the NME for short — in the newsagents).

In the first of the Charles Shaar Murray interviews — there are two in the book — he stumbles into music journalism through working on Oz and Ink with Richard Neville in the 1970s. These contained underground opinion along with a hefty dose of sexism and racism: “Real Angry Brigade blow-stuff-up people, you’d get the macrobiotic people, you’d get ‘Oh fuck, we haven’t got a cover photo, get somebody’s girlfriend to take her top off, snap!’”. Questioned further on this, Murray insists “women had their 60s in the 70s” and tells of an episode (referred to in the office as ‘The Cunt Issue’) of Oz guest-edited by Germaine Greer in which a 19 year old Murray cheekily asks Greer “What difference is feminism going to make to me? Greer answers: “You will feel a slight tingling in your balls”.

The book is saved from smugness by being full of surprises (and it is heavily critical of the everyday racism that ran throughout 1970s music journalism). Black Music (a publication from 1973 onwards) played a big part in bringing black music journalism of many genres under one cover and counteracting this.

Other surprises are Idris Walters’ discussion about Street Life — a transient British version of Rolling Stone; Marcello Carlin recounting his path to musical pluralism during work on Melody Maker and Cynthia Rose’s exploits on meeting Jean Michel Basquiat, Andy Warhol (she reveals the latter had a total immersion in the present-tense), Kurt Cobain and others while working for the NME as Thrills editor.

One really interesting theme taken up by Sinker is that of Outsider Style in the music journalism of the time, which seems to encapsulate the shift from the old regime of super-band-stuffiness to punk and the democratisation of music. At one point John Ingham (Rolling Stone, Sounds) describes how bored he was of the music scene in 1975: “Everyone sounded flaccid and tired and old, and there was nobody new coming out….in the NME I saw this very small review about a band called the Sex Pistols. Just the name was enough”.

Popular music will always run tandem with revolution and change. Sinker’s collection is important to our appreciation of this in music-journalism today.

Evolving English: the story of how the language was made 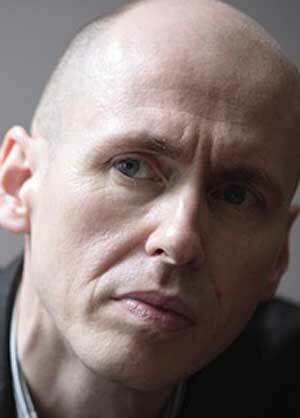 Red or Dead: David Peace interviewed on his new novel about Bill Shankly