A History of Future Cities

Dubai is a phenomenon. The city has grown to rapidly become one of the world’s leading trading centres, the financial hub of the Gulf and the eighth most popular tourist destination in the world.

It hard to know whether to laugh or cry at the grandiose schemes such as the Burj Khalifa, (the world’s tallest tower) or the Palms Jumeirah floating in the Arabian Gulf and the wasteful indoor ski slope in the air-conditioned Mall of the Emirates.
Dubai has been built on the back of thousands of migrant workers facing perilous conditions at work and housed in tightly regulated labour camps such as the Sonapur. Contravention of the codes in these camps can lead to deportation.

Nonetheless, it is also easy to be seduced by the internationalism of the city, and the pace and potential of modernisation. In many ways Dubai Inc is the model city of globalisation and is at the forefront of the development trajectory of huge new cities such as Baku, Lagos and Shenzhen.

But how new is this? With Dubai as the ultimate “copy” and through an exploration of three other cities of much longer standing, St Petersburg, Shanghai and Mumbia/Bombay, Daniel Brook looks at the import of technology from other regions and the unaccountable leaders who drive these visions forward.

In each of the examples, he finds that the contradiction of the city, as Engels noted in Manchester, is that it throws thousands of people together, strips them of their old ideas and forces them to engage with power in new ways. From this contradiction new movements have formed which have leapfrogged the copied cities both technologically and politically.

So the “copy” becomes “the remix”. St Petersburg produced both the Constructivists and the Bolsheviks, from Shanghai sprang Chiang Kai-Shek and and luxury hotels, while Bombay birthed Indian nationalism and Bollywood.

Again, this is not new. The Romans copied the Greeks only to then extend and develop formally unimagined technologies.

It would be an interesting addition to this book to explore the feedback loop between the copying cities and the copied. We can already see how the branding and flashy architectural renderings of Special Economic Zones are affecting practices in Britain.

For all that is exciting in this book, Brook suffers from a belief that Western democracy is the best we can get, and is somewhat patronising towards movements which have sought to find alternatives to it. He is focused on a history of individuals, so it is Sir Bartle Frere who builds Bombay and Lenin who takes power in St Petersburg. Clearly these individuals have large roles in the story, but the underlying socio-economic forces are under-explored, leading to a top-down history where the masses make brief, dramatic interventions on their leader’s behalf.

While there is much to irritate the reader in this book, it is an interesting addition to the debate about the importance of cities, the contradictions they embody and the creative potential of human beings. Cities across the Global South are surging forward and it is vital that we understand and appreciate the dangers and the opportunities they offer.

A History of Future Cities is published by W.W. Norton & Co, £20 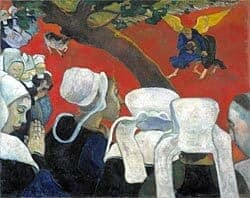 Gauguin’s absorbing art tells the story of his life

Divine Justice for the Soul