Hong Kong in Revolt Au Loong-Yu Pluto Press, £16.99
There is very little written about Hong Kong from a left wing perspective, so this analysis by a socialist and participant in last year’s protest movement, is more than welcome. The movement was triggered by Beijing’s attempt to impose its now notorious extradition law, a major attack on the limited democratic freedoms that Hong Kong has enjoyed since the 1997 handover. The sheer scale of the protests was extraordinary, with the largest claiming two million participants from a population of just seven million. In many ways this was a significant advance on 2014’s Umbrella Movement. The demonstrations were not only larger but involved broader sections of society, including many workers. This was reflected in the reported around 80 percent support for its five demands. It was also more militant.
Au outlines the main events as the movement unfolded, but his primary objective is a forensic analysis of the politics and class forces involved. The “cultural hegemony of the upper-middle class” dominated, he writes. So class differences were subordinated to a “localist” politics that sees the key conflict as “democracy vs authoritarianism” or “Hong Kong vs China”. This didn’t stop the tycoons who dominate Hong Kong from largely siding with Beijing. One piece of graffiti referring to the cost of accommodation said “7k for a house like a cell and you really think us out here are scared of jail?” The most militant element was the “braves” who were prepared to confront the police. Their politics, however, are essentially autonomist, meaning they eschew any formal democracy.
But this just allowed those who were most loudly “anti-stage” to become the effective leaders without any accountability. Au writes, “A democratic perspective which simultaneously embodies initiatives from below and organised forms of people’s power, was painfully absent”. There is no real debate about how to overcome the might of the communist regime. Given the power imbalance with Beijing, the movement also needs allies outside Hong Kong. A minority current demands independence and looks to the US, but its rhetorical support for human rights is self-serving. The alternative is to look to the movement in mainland China.
Although many “localists” are hostile to ordinary to mainlanders, one poll showed that some 44 percent of Hong Kong residents born in the mainland support the movement. The democracy movement in China has yet to recover from the suppression of 1989, but workers are involved in daily struggles. A movement in Hong Kong that also fought to improve workers’ lives could act as a beacon to their counterparts in the mainland. Hong Kong in Revolt gives us an indispensable analysis of the strengths and weaknesses of the 2019 movement, and in broad brushstrokes offers a way forward for the struggle. 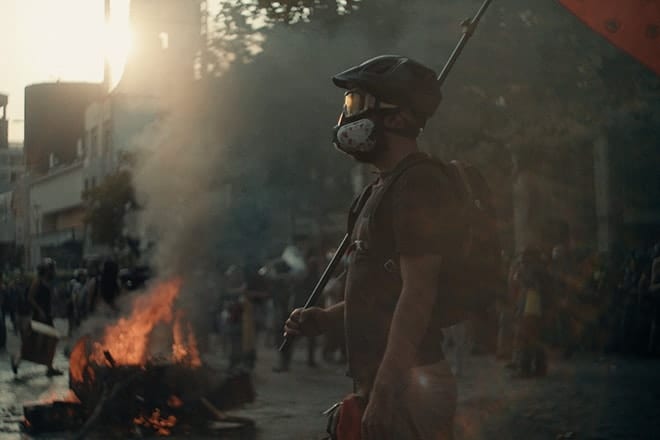 Inside the world’s youth-led revolts