The retaking of the Mong Kok district of Hong Kong by occupiers on 18 October relied on the courage of protesters, most of whom have never been a member of a political party. These new participants in the movement faced up to police violence with huge determination.

Both workers and students from middle and lower class backgrounds have long been dissatisfied with Hong Kong’s extreme economic inequality. Society here has always been divided between the 1 percent of the super-rich and the 99 percent of the middle and lower classes. Moreover, the tiny group of tycoons has in recent years launched a number of offensives: privatisation, deregulation and the shifting of wealth to the rich through white elephant projects.

In the past this has been endured silently, but suddenly people have the opportunity to vent their anger towards the old social order on the streets. In battling the police, they empowered themselves for the first time, and they carried out acts of civil disobedience, which ordinarily they would not dare to do.

Young people often rebel if their opportunities are taken away by the ruling elites. However, there are two kinds of rebellion. One involves aimless rage, such as the youth riots triggered by the taxi drivers’ strikes in 1981 and 1984. The youth wanted to express their anger but had no solution to the social conflict. Thus the riots flared up and then quickly dissipated. But the current struggle is of the other type. Thirty years of popularisation of pro-democracy arguments mean that this eruption is not a riot but an occupation with strong civil consciousness.

This movement has clear democratic aims and is highly self-disciplined. The protesters uphold the principle of non-violence despite their hatred of their opponents. This is a time of political maturity for the ordinary Hong Kong people, especially the younger generation. The clearest case is Mong Kok, where the protesters displayed their dauntless spirit when they held their ground against police attacks. This is evidence of the spontaneous creativity of the masses.

Nevertheless, the occupy movement has reached an impasse. The spontaneity of the protesters is increasingly showing its limitations. Although there are new initiatives expressing democratic demands every day, the protesters do not have a clear strategy of how to achieve their goal of genuine universal suffrage.

According to a survey done by the newspaper Ming Pao, 45.6 percent of the protesters stated that they would retreat from the occupied sites if the government resumed its consultation on political reform; 43.9 percent stated that they would leave if the government democratised the nomination committee, which screens candidates; and 24.6 percent said that the condition of retreat must be the resignation of Hong Kong’s chief executive, Leung Chun-ying.

Traps
None of the above three options are genuine ways out. On the contrary, they are more likely to be traps. Restarting the political reform consultation was initially proposed by Chan Kin Man, one of the founders of Occupy Central. This is the worst strategy: demobilisation under this condition will simply allow the government to fool the Hong Kong people once more.

The “democratisation of the nomination committee” barely changes the way candidates for the chief executive election are selected, allowing no real democracy whatsoever. The resignation of Leung would simply lead to his replacement by a similar figure. These options all risk falling into the trap of a compromise between the ruling elites and the liberal parties.

There are two types of compromise in the world. In one you cannot get what you demand, but instead get something that is useful for future struggles; in the other you not only don’t get what you demand, but due to a lack of wisdom, you accept something that benefits your enemy. All three of the options above are the second kind of compromise. The fact that they are supported by so many people precisely indicates the limited political experience of the protesters.

Now the movement is caught in a contradiction. On the one hand, fortunately, many protesters are determined to continue the occupation. On the other hand, the protesters hold divergent views on the strategy required to go forward and even on the objectives of the movement itself.
One may argue that the Ming Pao survey is not a good point of reference as respondents could only answer pre-set questions. But what Joshua Wong, the leader of the Scholarism student movement, has said previously indicates that my argument about the political weakness of this movement holds.

Pressure
Wong has said that the movement can change its objective from fighting for civil nomination to lowering the level of support candidates require from the handpicked nomination committee. But at the same time he said that all the occupy sites must be defended at all costs.

Here he is both responding to the pressure from the government to drop the demand for civil nomination, and resisting the call within the movement to retreat from Mong Kok and concentrate the occupation in the Admiralty district, where the government is headquartered.

This is a strange political approach. For Wong, the strategic objective is flexible and can be constantly changed, while the tactic (holding all the occupy sites) is considered as highly inflexible. The correct approach to political struggle should be the opposite — the objective shouldn’t be easily modified, but the tactics can be flexible. After all, tactics are only tools to realise the objective.

It is wrong to insist that one particular tool cannot be abandoned. The occupation in Mong Kok has brought huge inconveniences to local people, which may significantly reduce their support for the movement. Additionally, due to the unorganised nature of the movement it is very vulnerable to provocateurs, both from Hong Kong nationalist far-right forces and from pro-Chinese Communist Party forces.

The current situation requires us to revisit an old question. Is it adequate to rely on the spontaneity of the mass movement alone, when the masses themselves are so divided on their goals?

Most great historical events that promoted people’s democratic rights have been in certain senses spontaneous, but their political programmes are also likely to have been consciously developed by a section of the movement long before the actual struggles. In the Umbrella movement, however, there is a one-sided glorification of spontaneity, which by itself may lead the movement to stalemate.

Moreover, far-right xenophobic currents have existed in this movement from the beginning (for example, posters calling the mainland Chinese locusts). Although they are a tiny minority, if the movement cannot consciously lead the masses towards demanding genuine democracy and equality, it will allow the far-right to grow.

Translated from the original Chinese article published in Inmedia, Hong Kong, with some modifications for English readers. http://www.inmediahk.net/node/1027865
Au Loong Yu is the editor of China Labor Net and author of China’s Rise: Strength and Fragility (Merlin, 2013). 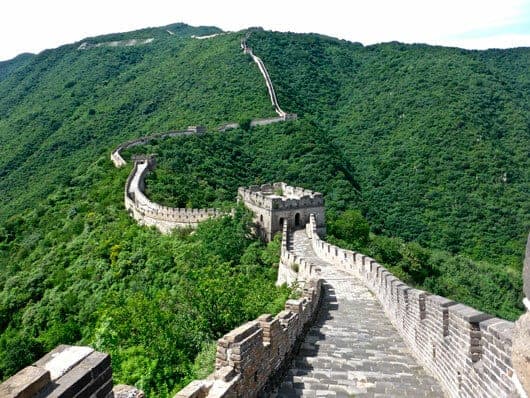 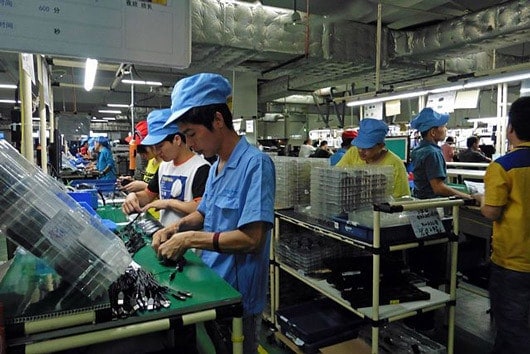