It has been five years since Polly Jean Harvey’s last and much celebrated album Let England Shake, which adopted a more overtly political approach to music, with haunting imagery of poverty and war.

Since then we have seen Harvey speak out through a song about Shaker Aamer, the British Guantanamo Bay ex-detainee held for over 13 years without charge.

It seems now she is quite happy to continue down this new path alongside filmmaker and photojournalist Seamus Murphy, as The Hope Six Demolition Project is certainly in a similar vein — both in political content and musical style.

Harvey’s newer, often folky, sound, alongside samples, horns and choral chanting, marks a departure from her grunge-influenced rock of the 1990s and early 2000s — though there are hints of the edgier tracks of her younger years this time round.

The Hope Six Demolition Project is a musical reportage of her often raw experiences travelling through Kosovo, Afghanistan and Washington DC. This will be followed soon by a feature-length documentary.

The album title and the opening track “Community of Hope” are searing attacks on Hope VI, a privatisation scheme in DC’s impoverished Ward 7 council. Here local housing authorities have been paid billions of dollars to demolish swathes of public housing, selling off the few that were replaced and forcing many poor people out of area. “They’re gonna build a Walmart hee-eere” is sung through the outro in ironically jaunty fashion.

This was met with outrage by authorities in Washington and depicted by the media as her attacking the residents of the area themselves. The ex-mayor’s election campaigner even accused the singer of being “to music what Piers Morgan is to cable news”.

Using observational lyricism in much of the album, Harvey paints a grim picture of human remains among the rubble in Afghanistan in the thunderous song “The Ministry of Defence” (“Fizzy drinks cans and magazines/ Broken glass, a white jawbone”). In “The Wheel” she points to pictures of missing Kosovan Albanians (“8,000 sun-bleached photographs/ Faded with the roses”).

Elsewhere Harvey uses old blues samples, as in “The River Anacostia” (the infamously sewage-ridden river in DC) with the lyrics, “Wade in the water/ Gods gonna trouble the water”.

As a whole, though clearly an ambitious project, Harvey’s documenting style — often literally singing what she has observed — gives mixed results in terms of impact.

This and the lack of clarity or context, particularly for Afghanistan and Kosovo, can feel a little confused — giving us a slightly more disjointed album than the last. We can hope, however, that the documentary will help fill this gap.

Having said that, the strength of the music still makes for a fantastic album, giving a more enthralling listen with every play.

PJ Harvey continues as ever to challenge herself and her audience through her innovative style and welcome new outward perspective. 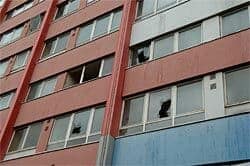 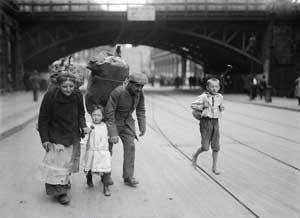