This article is over 17 years, 1 months old
Tenant activist Eileen Short explains why council housing was such a historic achievement - and why we must campaign to defend it.
By Eileen Short
Downloading PDF. Please wait...
Wednesday 01 December 2004

I can now report that Britain is enjoying its longest period of sustained growth since the beginning of the industrial revolution’ – Chancellor Gordon Brown, Budget Speech, 17 March 2004.

So why is housing such a problem?

In 2004, 79 percent of MPs say housing is one of the top two most pressing local problems. As one Labour MP put it, ‘Four out of five casework discussions in my constituency are about housing, and when I go door-knocking, it’s all about housing. Unless you get proper housing you are not going to get proper health, education, law and order, or economic prosperity. It all flows from housing’ (Helen Clark MP, Roof Magazine survey of MPs, September/October 2004).

Who would argue? In council housing the government have a popular model for building new, good quality homes quickly and cheaply. But in the face of record numbers of homeless and on waiting lists, the highest prices for private buying and renting, and unprecedented levels of debt, instead of building council housing they are dismantling it.

This undermines the one effective way local and national government can ensure new housing where and when it’s needed. New council housing is the only effective insulation against market speculation which drives up costs and drives down quality.

Around one in ten may be owned by a Registered Social Landlord (RSL – a euphemism for housing associations and companies) but no significant new publicly owned housing has been built for a decade.

There are millions of anxious people now paying mortgages who juggle desperately every month to keep from drowning in debt: women with no option but to work full time; people who can’t afford to retire, be sick or take a holiday. It’s a new twist on the old image of a wage-slave – watching your creative years drain away enslaved to a debt that never gets smaller.

The pressure to take on huge mortgage debt and involve all household adults in loan calculations has ‘unexplored implications for family life and the capability to take industrial action’, as Professor Peter Ambrose, a champion of council housing, points out.

The credit-fuelled escalation in house prices has not led to more new house building, but a bonanza for the lenders, solicitors and estate and land agents involved in the lucrative trade of selling less for more.

Without the alternative of new council housing for rent, record numbers are now homeless and in temporary flats and slum hotels. Alongside soaring house prices in the south west, Shelter says homelessness in the region has risen by 50 percent in the last four years, and housing waiting lists have grown 15 percent in a year.

So why the ‘war on council housing’, as Austin Mitchell MP, chair of the House of Commons Council Housing group, has labelled current government policy?

The government manifesto aimed to transfer 200,000 council homes a year to new landlords (though they have not succeeded). New investment to achieve ‘decent homes’ is made conditional on stock transfer (to a private-sector RSL landlord), Private Finance Initiative schemes or setting up an Arms Length Management Organisation (Almo).

Housing associations, which once provided subsidised housing on a philanthropic model, were changed forever by the 1988 Housing Act. Now they rely on mostly unsubsidised borrowing, and are increasingly run as commercial businesses. Their regulator, the Housing Corporation, encourages rationalisation and takeovers.

This is not simply about money. The National Audit Office and parliament’s Public Accounts Committee found it costs more public money – £1,300 per home more – to improve council housing via stock transfer than for councils to do the work themselves.

And a report by the council housing group of MPs, The Case for the Fourth Option, shows that if all rent income and capital receipts from council housing were reinvested, and subsidies redirected from privatisation back into direct investment, this would finance the ‘fourth option’ demanded by tenants – the right to decent, affordable, secure and accountable council housing, with the much needed investment in repairs and improvements.

It’s not about money, or about reducing public borrowing. Almos, the latest two-stage privatisation option for council housing, offer extra government investment if councils set up a separate housing company, and every penny of the extra billions on offer is ‘on balance sheet’ public expenditure.

By selling off council housing, the power of local councils is seriously undermined. There are financiers, consultancy and legal firms making a fat killing out of the privatisation of council housing. There are former council housing directors doubling their pay by lining up nice jobs for themselves with the transfer landlord.

But at root, the privatisation of council housing is an ideological drive to break up a key public service. It directly relates to the World Trade Organisation (WTO) and its Gatts agenda – to increase the private sector share of the ‘market’ in former public services.

As we compared notes with tenants from across Europe at the recent European Social Forum (ESF) in London a clear pattern emerged. In each country governments are systematically attempting to undermine and privatise subsidised or public housing to meet the WTO demands.

Tenants all over Britain resisting privatisation have won the backing of a broad and growing consensus of support from the Local Government Association and local authorities, the TUC and trade unions, backing our right to a ‘fourth option’ of investment in council housing. We have forced housing to the top of the political agenda.

Meanwhile the crisis of ever rising house prices and mortgage debt, the pressure this creates for higher wages, and the dangers of the expanding credit bubble are causing real and serious fears for government and business strategists. This, rather than the battle for council housing, is what led the Treasury to commission Kate Barker, of the Bank of England monetary policy committee, to investigate.

Her report published in March this year calculates we need 206,000 new homes a year – but compromises on a target of 70,000 new private sector and 23,000 ‘social’ homes every year for the next decade. ‘Left to itself, the market would be unlikely to provide for all those who need housing,’ Barker concludes.

The spectacular failure of the private housing market is a story in itself. The free market supposedly ensures supply meets demand – investors rush in when prices are high, all wanting to share in the boom profits, and increase the ‘supply’ until prices fall to the lowest profitable level. Barker’s report states matter of factly that this does not and will not happen, and comes up with an increasingly forlorn list of measures aimed at prodding house builders into action.

The Barker Review finds nearly a million people in need of ‘sub-market’ housing now. This figure leaves out those – most in the private sector – living in appalling conditions of disrepair. Nor does it include the 52,000 16 to 24 year olds homeless in 2003. Housing pressure group Centrepoint estimates that 6,700 of these young people are sleeping rough.

Barker does not directly address the role of council housing. But her report shows the consequences of a housing market driven by speculative financial decision making.

Council housing is one of the major achievements won by the British working class, protecting us from the slum landlords and profiteers. Tenants from Europe and the US at the London ESF concluded that the British and Russian models of public housing had the most in common. These models of direct public ownership and investment, and some accountability over the landlord, were won on the back of enormous tides of organised working class struggle. Council housing was incorporated as a pillar of the welfare state by the 1945 Labour government.

In Britain those fights date back to the First World War, when Glasgow tenants and engineering workers began a contagious series of rent strikes backed by industrial strikes, to stop rent racketeering. Generations of tenants have mounted campaigns, marches and occupations, supported directly by trade unions, often by strikes to support tenant demands. Tenants organised as an integral part of the labour movement fighting on the ‘home front’.

This is not ancient history – in the 1970s most working class people lived on council estates. And despite the impact of ‘right to buy’, which allows individual tenants to buy council homes at a very big discount, and the attrition of 20 years and more of dis-investment, there are still 3 million council tenants in Britain. With our families we are the biggest tenure of rented housing.

The fight to defend council housing – and to win direct investment without strings in this key public asset – is not only a matter for today’s tenants. It matters for future generations, and for all who want a decent, secure and affordable home with an accountable landlord. It remains the only way to protect ourselves against a market which cannot meet a basic need – a home for everyone.

This fight is important for trade unions and the left, for those opposing neoliberalism, and for the anti-capitalist movements. As we say in the tenants’ movement, ‘It’s not a spectator sport.’ 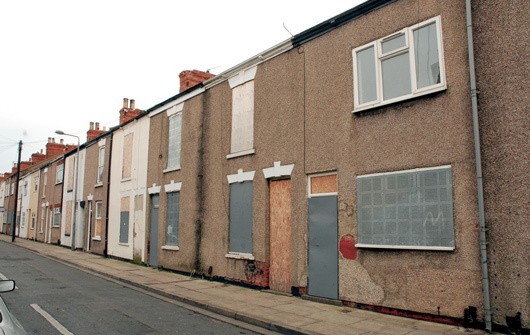 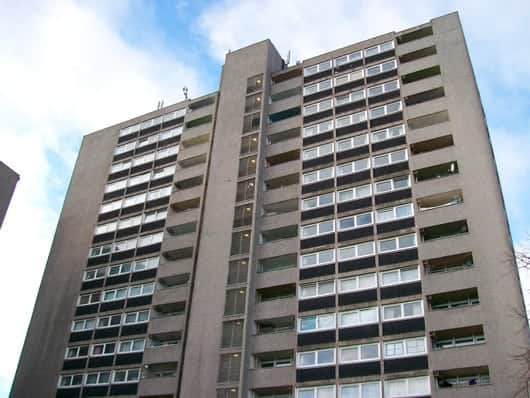