This article is over 12 years, 3 months old
Howard Zinn inspired generations of radicals. Ambre Ivol worked closely with him for the past few years at Boston University and his home
By Ambre Ivol
Downloading PDF. Please wait...
Monday 01 March 2010

Howard Zinn’s book A People’s History of the United States: 1492-Present (1980) reached a mass audience by the beginning of the 21st century with over 2 million copies sold by 2009. It actually became part of US popular culture. Only a couple of months before Zinn’s sudden death, a documentary film based on the book was released, The People Speak. At first a stage production, this television project brought together actors – many of them outspoken critics of US foreign and economic policies, like Matt Damon, Viggo Mortensen, Sean Penn and Danny Glover – to give voice to generations of activists, bringing to life the rich texture of struggle through a storyline narrated by Zinn himself.

Zinn’s view of history came out of his own life experience. In public speeches and in the essays published in the Progressive Magazine and The Nation he would often focus on two key themes: the horror of modern warfare and the inevitability of popular resistance in the face of oppression.

Historians have disagreed as to whether Zinn belongs to the New or the Old Left, revealing the ambivalence of the intellectual trajectory of this historian-activist. Actually this complex identity reveals how Zinn served as a bridge between two eras too often held up as antagonistic in both ideological and generational terms.

Most popular have been Zinn’s writings on the southern Civil Rights Movement. He compiled the first oral history of the Student Nonviolent Coordinating Committee – the younger, mostly black and radical wing of the movement. Zinn made a public stand against the war in Vietnam, being among the first US scholars to call for immediate withdrawal as early as 1967. He was also involved in civil disobedience, opposing detached scholarship, and testified as a historian in numerous trials in favour of anti-war activists. The most famous of these was that of Daniel Ellsberg who made public the famous Pentagon Papers – top secret reports by the US department of defence detailing US involvement in Vietnam.

Zinn’s politics moved closer to the libertarian branch of the New Left. In his youth he had been a union organiser, organising unskilled workers (he was an apprentice himself) in the Brooklyn Navy Yard in the early 1940s. He befriended Communists whose views about economic exploitation he agreed with, though he remained sceptical about the Soviet Union’s foreign policy.

Born to a working class Jewish immigrant family in New York City, Zinn’s coming of age coincided with the Second World War and he volunteered as a bombardier, participating in the last bombing missions over Europe. Though he never questioned the “good war” at the time, discussions with a fellow bombardier (a Trotskyist who tried to organise US soldiers), as well as the napalm bombing of the French town of Royan in the last weeks of the war in Europe, led him to question the morality of militarism.

The post-war world only deepened his commitment to radical politics. He joined the American Veterans Committee (a progressive alternative to the American Legion) still infused by the fighting spirit of the 1940s (he had taken part in a wildcat strike as a truck-loader working nightshifts). This combative mood lasted until the campaign to elect Progressive Party candidate Henry Wallace in 1948 – an attempt to unite liberals and radicals against the oncoming Cold War.

Zinn was personally intimidated by the FBI and interrogated twice about his politics in the early 1950s. Fortunately, he benefited from the GI Bill, which allowed him to take up his studies on a government grant, thus saving him from the repressive atmosphere which was to drastically weaken the labour movement. While working towards his PhD at Columbia University he was offered a full-time teaching position at Spelman College, Atlanta, and moved south as the black liberation movement was gathering momentum in the mid-1950s.

As Zinn himself recognised, the black community then served as a kind of refuge for radicals in search of a political home. Indeed, most remarkable in his life were the ways in which he was transformed by the struggles of the 1960s, leading him to rethink his personal experiences, most centrally those of his bombing missions. The victories of the 1960s – especially that of the anti-war movement – were central to this process.

From the 1970s onwards Zinn became a prominent public intellectual, tirelessly opposed to the militarism of the US government, up to the current administration of Barack Obama. War always remained for him “the indiscriminate killing of civilians”.

Howard Zinn will be best remembered in the millions of people who have come to think and act collectively to move towards a world, as he put it, “with justice, but without war”.

Ambre Ivol has written a PhD in US history at La Sorbonne Nouvelle Paris III, entitled Remapping Intellectual Generations in the United States: The Life and Work of Howard Zinn (1922- ). She is a member of the New Anti-capitalist Party in France. 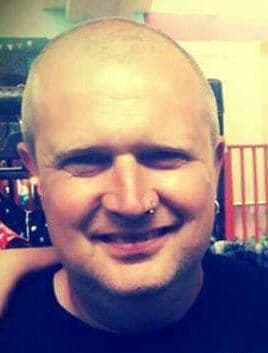