The number of people with Aids in Botswana has taken the average life expectancy from 72 to 39 years. This is an epidemic that is devastating the world and serves as a spotlight on the inequalities that are rife throughout the global economy. If Shereen Usdin simply focused on the statistics surrounding the disease it would be enough to bring home the changes needed to combat HIV/Aids, but she does a lot more than this, guiding responses towards effective action. Broadening her analysis of the epidemic, she includes everything from sexual discrimination to poverty and war, seamlessly linking the issues together and highlighting the pressures placed on developing economies by globalisation as part of the problem.

For a disease that is spread primarily by sexual intercourse, the book would not be complete without exploring issues of gender and sexuality, and it does so brilliantly. In the section ‘Why Us, Why Now?’ the pressures people are placed under by their perceived roles within societies are discussed, as well as the limits of many approaches to stopping the spread of Aids such as the ABC method (Abstain, Be faithful, wear a Condom). In the context of an abusive relationship or in a society where women have a diminished role and are not at liberty to demand fidelity from their partners, this solution can only have limited results. Also, where there is a greater stigma attached to homosexuality, the reactions of societies to the disease have been pretty brutal, leading to less understanding of the disease and a dismissal of it as something that only affects minorities.

The language used draws on metaphors that help the reader understand the many complex issues. To gain any knowledge of the nature of HIV/Aids it is necessary to dip into a wide spectrum of subjects. Sociology, politics, history, maths and medicine are all covered at a level accessible to people, such as myself, who have only a basic understanding of each. When describing the spread of the Aids virus through cells in the body, Usdin describes ‘soldier cells… staging a hostile takeover of the body’s entire immune system’, making the medical theory more comprehensible.

The book is clearly written, and clarifies the many different organisations that are associated with HIV/Aids. Many points are highlighted by the personal stories of those affected. This is useful in reminding the reader that this disease can destroy lives, and isn’t just a political and economic argument. Each chapter deals with a different aspect of the disease. There are sections about poverty’s effect on the epidemic, the influence of sex trafficking, migrancy and unemployment, and an in-depth look at globalisation and Third World debt.

The spread of Aids throughout the world is a modern catastrophe, something that seems almost unstoppable. The last chapter of the book, ‘Turning the Tide: Responses to the Epidemic’, concentrates on vital activism. It gives examples of effective campaigns, and shows that there is hope for people in standing up for their right to medication and equality. A strong sense of how the disease highlights almost all of the failings within the world economy is balanced by the will of people to challenge the actions and attitudes of governments and multinational corporations. 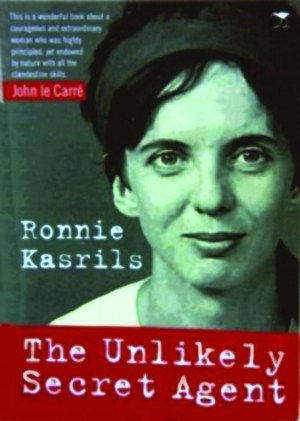 Biology Under the Influence