After the death of their mother twins Jeanne and Simon learn the surprising contents of her will. Each is handed a sealed letter. Jeanne is asked to deliver her letter to the father the twins thought was dead and Simon is to do the same with the brother they never knew they had.

Jeanne travels from their home in Canada to her mother Nawal’s birthplace, an unnamed country in the Middle East where her investigations intertwine with flashbacks of her mother’s brutal past. We learn that as a young woman Nawal provoked the violent reprisals of her Christian family when she became pregnant by her Muslim lover. She was sent away to distant relatives and her baby son sent to an orphanage.

We then follow Nawal as she becomes a student activist and an underground militant caught up in the ravages of a civil war. She finally throws her lot in with the Muslim militia after witnessing a Christian massacre.

The trouble with the film is that, although we see the horrors of war through the eyes of Nawal, she is not developed enough as a character for us to be touched by her traumas. We have no chance to build up a picture of who she is and why she is leaving her children these bizarre last requests. Any depth or development of the characters is avoided.

The fact that director Denis Villeneuve chose not to name the country, though it is clearly Lebanon, allows for a detachment that is unsatisfactory. His avoidance of historical circumstances leaves the film vague and hanging in mid-air for want of explanation. In interviews Villeneuve claims that he wanted the film to be “apolitical” – not a successful strategy.

Incendies was an Academy Award nominee 2011 for best foreign language film, but without political or emotional depth Nawal’s tribulations are more in the vein of a Latin American soap opera with a denouement so breathtakingly ludicrous as to dramatically call the whole film into question.

Incendies is released in the UK on 24 June 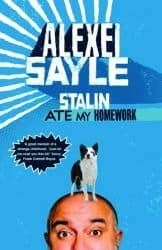