The first exhibition, of historic Indian portraits, inevitably celebrates the imperial power and prestige of sultans, shahs, khans and merchants – the ruled only get a small look in. The second exhibition, with its critical social commentary, creates another duality in that the paintings and animations are the joint work of modern British artists: The Liverpool-based twin sisters Amrit and Rabindra Singh.

The latter triumphs in its own right but is also designed by the curators to provide a commentary on the first exhibition and on other portraits in the gallery collection.

The 60 Indian portraits constitute the first exhibition of its kind in Britain and tell a story covering three centuries. They are significant because they explore the distinctive ways in which Indian artists depicted their dynastic rulers, incorporating influences from local Hindu and Muslim traditions as well as from Iran and the British East India Company period.

These paintings equally help challenge the long-held Anglo-centric view of a world in which Christian ideology and a brutish, or British, imposed version of class domination could be the only possibility. Imagery is often more effective than words. So the portraits here – sometimes naturalistic, sometimes stylised, regal images for public propaganda – were used by Mughal and Rajput emperors, just as in Europe, to present born to rule re-enforcement.

Colliding with this, the 20 works in the Singhs’ Contemporary Connections are cross-cut with representations of the Asian British experience and their commentary on a modern, still brutalising world.

They use the techniques, rich colours and traditional narrative form of Indian miniature painting, with its precision and symbolism, to explore contemporary themes of Asian heritage in Britain alongside current issues of conflict, power and propaganda. They are anti-racist and anti-war – including images of Muhammad Ali (“No Vietcong ever called me nigger”) and George W Bush with Tony Blair, hands dripping with blood. This is a fusion of East and West, of traditional form but modern critical comment.

View The Indian Portrait to enjoy visually rich paintings and to critically observe the class inequality manifest in the splendour. View the Singhs’ Contemporary Connections to enjoy their distinctive perspectives and to reflect on a socially rich anti-racist world.

The Indian Portrait and Contemporary Connections will be at the National Portrait Gallery until 20 June. 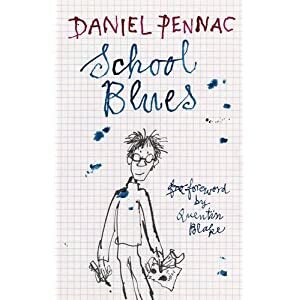 Women in Love: exploring liberation, sex and the ‘modern’ era