This article is over 12 years, 11 months old
Rising military casualties have stimulated public debate about the war in Afghanistan. Judith Orr asks writer, broadcaster and activist Tariq Ali about the war and the prospects for the US imperialist project.
By Judith OrrTariq Ali
Downloading PDF. Please wait...
Tuesday 01 September 2009

At Marxism 2009 you spoke about how “things are not going well” for the US and British governments in Afghanistan. It seems since then things have got a good deal worse. Military leaders talk of being in Afghanistan for many years, if not decades, and some are openly admitting the war is unwinnable. Is this a situation where, even if the US know they can’t succeed, to withdraw is unthinkable? As the war aims constantly shift, are they now only concerned with not being seen to be beaten?

To admit that the war is unwinnable is to admit defeat. As a number of us warned in 2001, military occupation was part of the problem, not the solution. This is not simply being said by people on the left, but by senior intelligence figures in Washington and London.

The electoral farce has no function but to retrospectively legitimise the invasion and occupation. In both Iraq and Afghanistan the elections have solved nothing. How could they? Given that democracy is being hollowed out in its heartlands of North America and Western Europe, what can be expected in Afghanistan?

What we are witnessing is a complete sham, an ideological process that should rightfully be referred to as “democratism”, the acceptable face of authoritarian rule. We have already seen it in operation in occupied Iraq and the farce is even more extreme in Afghanistan. Any notion that the results will provide legitimacy to the winning candidate is little more than a fantasy on the part of some in Kabul and cynical manipulation on the part of the Western establishment and its tame media.

Whatever the result, nothing will change. Hamid Karzai runs a squalid narco-state. His brother Wali Karzai is the richest man in the country, benefiting from the drugs and arms trade and the Nato presence that keeps his brother in power. The two candidates opposing Karzai were once in his government. Both are jokers who want Washington to dump Karzai and try them out, just for a change. Karzai himself is in a coalition with ultra-reactionary religious fundamentalists in western Iran – a Shia group for whom he has promised five seats in the cabinet and passed a law legalising rape within marriage. Hillary Clinton remains silent.

Gordon Brown is relying on propaganda about “supporting our boys” and demonisation of the Taliban as his sole defence of the war in Afghanistan, but the rise in soldiers’ deaths has opened up a public debate about the war and why we are there. Are we seeing the beginning of the end for the perception of this as “the good war” in contrast to the unpopularity of the Iraq war from the start?

Brown is a pathetic figure because he knows what he’s saying is total nonsense. Tony Blair actually believed in holy wars. New Labour are so gutless and spineless that they cannot even now admit that their foreign policy of positioning themselves in the “arse of the White House and staying there” has been a disaster and is now leading to unnecessary deaths.

Playing up these deaths as patriotism plays straight into the hands of the local fascists who have replaced Jews with Muslims in their demonology (at least for public consumption; in private they remain anti-Semites). The fact that not a single political party is calling for a withdrawal from Afghanistan is a symptom of where this country is at the moment, the moral equivalent of the Vichy regime in France during the Second World War.

At the moment the West are propping up the Karzai government at all costs, regardless of the evidence of corruption etc. Can you see a situation where they might withdraw that support and look for a replacement?

They considered it last year, but thought it would merely enhance the destabilisation of the country and held back, but they will need to try a new person soon. This won’t make much difference; the problem is the occupation of the country by foreign armies. The US and Britain have sent out numerous feelers to the neo-Taliban that leads the resistance in Afghanistan, but have been told so far that no solution is possible as long as there are foreign soldiers on Afghan soil.

Recent months have seen the impact of the war spread to Pakistan. Now the media are full of stories about the local “Taliban” having been beaten and people returning to their homes under the protection of the Pakistan military. What do you think has been achieved by the military campaign, if anything, and what impact do you think the spread of conflict is having on that region?

On the very day that Barack Obama publicly expressed his sadness at the death of a young Iranian woman caught up in the repression in Tehran, US drones killed 60 people in Pakistan. The dead included many women and children, whom even the craven BBC would find it difficult to describe as “militants”. Their names mean nothing to the world; their images will not be seen on TV networks. Their deaths, you see, are in a “good cause”.

The Pakistan Taliban are, in my opinion, an incredibly backward and brutal organisation – sawing through the necks of dissidents, flogging women, etc. They have alienated a majority of Pakistanis from them. But for the army to go on a killing spree will solve nothing.

Liberal hawks who support the army have to tell us how many people they are prepared to see dead in Pakistan – a few hundred, a few hundred thousand, or even more?

The Tehrik-e-Taliban Pakistan can only be defeated politically. Where they break the law they should be arrested and tried in a court, not killed. And most importantly the country needs a social infrastructure to provide education, health and accommodation to the poor. Killing them won’t help.

Do you think history will judge the Iraq war to have been a setback for US imperialism?

It’s been a disaster for the US politically and ideologically. Hence the need for a new broom, but it’s by no means over. The plan is to keep US troops in residential military bases indefinitely, a little bit of home in an antique land. The British Empire tried it and failed. The US will fail too.

What do you think the legacy of the invasion and occupation of Iraq is for the Iraqi people?

Over a million Iraqis lie dead, nearly five million refugees, a collapsed social infrastructure, women forced to veil themselves in a country where they once worked in every field, gays hounded and killed, mixed couples warned off the streets in Baghdad and Basra. It was bad under Saddam, but never as bad as this.

Whether Iraq will survive as a state is now an open question. They might decide on three de facto protectorates: Iranian in the South, Saudi-American in the middle and Israeli-American in Kurdistan. I hope that doesn’t happen since the dress rehearsal in the Balkans has been a disaster.

What effect do you think Obama’s increasing domestic problems will have on his ability to carry public opinion on his foreign policy?

None. President Lyndon Johnson had a relatively progressive domestic policy, but that didn’t stop people rioting on the Vietnam War. The main opposition to Obama’s healthcare plans is coming from the far right and the corporate lobbies. They support him on Afghanistan and want him to send even more troops.

The tiny segment of the opposition represented by MoveOn.org and their allies could become active on the Afghan war since Obama’s constant attempt to conciliate even on a pathetically petty level – such as inviting a racist cop to shake hands with a black professor in the presidential presence – does not augur well for any policy domestic or foreign.

A few months ago a mainstream TV journalist confided in me that “my biggest worry is that he will be our Tony Blair”. The journalist had been stationed in Britain from 1997 to 2000!

The Labour government appears totally bankrupt and incapable of recovering, and everyone now assumes that David Cameron will be the next prime minister. What are your thoughts on the prospect of seeing the Tories back in power?

It will make absolutely nil difference. New Labour were very proud of being even more right wing than the old Tories. I think a crushing defeat for the New Labour project would be very positive, regardless of who wins. We shouldn’t, of course, ever pretend that a New Labour defeat will automatically lead to an opening for the left.

The mood in Europe is very right wing. The fact that the bank bailouts in Britain have excited little anger is a sign of the times. Those who cling on to New Labour from a sociological assumption that it represents the working class are living in the clouds.

The Worst is Yet to Come? 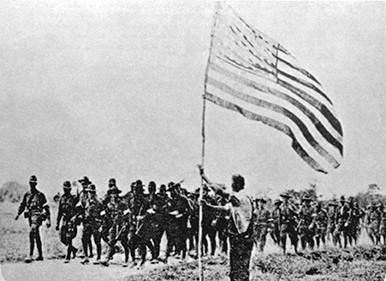 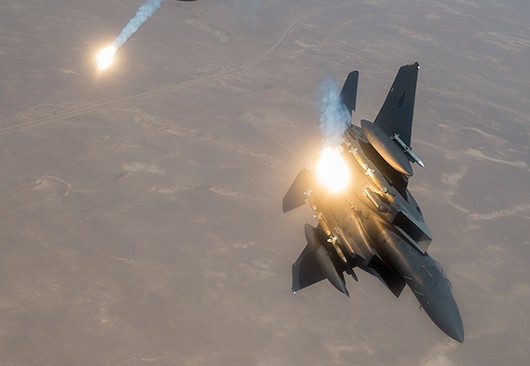