Jeremy Greenstock dedicates his book to his wife, but could as well have dedicated it to the global anti-war movement, stating, “For Anne, who suspected long before I did that Saddam had no WMD.”

Greenstock was the UK Permanent Representative to the United Nations (UN) in the run up to the 2003 invasion of Iraq, and UK Special Envoy for Iraq in the immediate aftermath.

He has written a long and hugely detailed book and in between a potted history of his own career and reflections on the role of the UN, American power and other major political events he focuses on Iraq.

We are taken from the 1991 Gulf War, through sanctions and no-fly zones, the bombing at the end of 1998, the 9/11 terrorist attacks, the then inexorable path to the March 2003 invasion that was paved with resolutions in the UN and votes in the US and UK governments, and the bloody and chaotic aftermath.

This book was written in 2005 and withdrawn following an intervention by Jack Straw, then foreign secretary. Reading an account of the build-up to the war more than ten years later lacks the power it once would have had, considering how much we now know.

The third part of the book, dealing with the occupation, is more interesting. Greenstock is more sympathetic but it is still hugely frustrating and distressing to read as he narrates the formation, governance and end of the US-led Coalition Provisional Authority (CPA).

He was centrally involved and offers a first-hand account of the CPA’s attempts to govern and move Iraq towards a coalition-installed democracy by attempting to work with Iraqi political, community and religious leaders in a context of terrible violence.

Greenstock presents himself as a “humanitarian interventionist” and despite writing with evident care for ordinary Iraqis, he still has a top-down approach, asking when working in Baghdad, “How were we ever going to make a stable democracy out of this place?”

It made my political sinews tense and flex as I recalled the anguish and anger of that period. The colossal international anti-war movement clashed with the intransigent and bellicose Bush and Blair over a war that left hundreds of thousands dead and a devastating legacy that continues to this day.

There is much in Greenstock’s wider analysis that socialists will disagree with, not least his defence of the invasion. However, knowing that the Stop the War movement was right over Iraq gives no pleasure; it merely offers extremely cold comfort.

Tales of a lost revolution 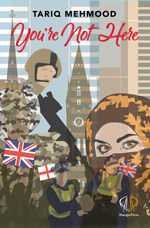