Meryl Streep turns in a brilliant performance as Margaret Thatcher suffering from dementia in this portrait of the Iron Lady. Thatcher’s story is narrated in a series of flashbacks with her dead husband, Denis Thatcher, often appearing at her side. She is old, reminiscing in her luxurious residence.

But just as the elderly Thatcher suffers from loss of memory, so this film seems to have lost the thread of history.

This is a film about “the grocer’s daughter” who had to battle against all odds – Tory sexism and class prejudice – to become the Tory leader and then prime minister, the woman who had to face down the “wimpy” male members of her cabinet to triumphantly lead the battle against the unions and into the war to regain the Falkland Islands in 1982.

While it may well be true that Thatcher faced such prejudice, it is hardly this which made her one of the most reviled prime ministers in the eyes of working class people.

The film fails utterly to explain the role that Thatcher played for the ruling class in the 1980s and therefore misses a golden opportunity to show the differences with today’s Tory leaders who look to Thatcher’s legacy. The film uses live footage of the miners’ strike, mass demonstrations against unemployment, the riots against the poll tax and the Falklands War, but this footage is not properly contextualised and must be utterly confusing to anyone not thoroughly acquainted with the period.

Thatcher’s story is the story of the rich and powerful, a class seeking revenge for the defeat that it suffered during Edward Heath’s government in 1974, when the miners’ strike and working class solidarity led to the lights going out. Far from representing the grocers of England, Thatcher led a ruling class, sections of which saw the need to break with Keynesian economics and impose the law of the market. We see the lights go out in Downing Street, but the fact that Thatcher had a torch to light up the cabinet room is not why she was elected leader.

Thatcher followed a carefully prepared battle plan to take on the unions one by one, ensuring every group of workers fought alone. She ultimately faced defeat when she departed from that course and took on the whole working class with the poll tax.

Much as I detest Thatcher and all her class stands for, this film ends up trivialising her by focusing on her as a woman and not as a class warrior.

That’s the reason why she was hated by those who suffered from her policies, men and women alike, and why she is still revered by those from Blair to Cameron who rule in the interests of the rich and powerful.

Picasso, I want my face back - Grace Nichols 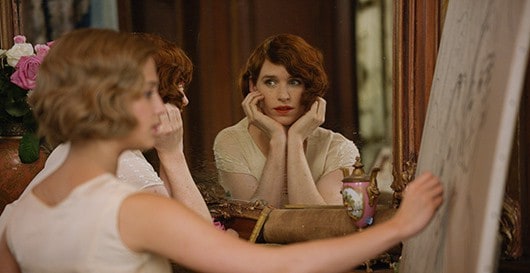