This article is over 18 years, 2 months old
A Palestinian statelet dwarfed by Israel is neither just nor viable.
By Sabby Sagall
Downloading PDF. Please wait...
Saturday 01 November 2003

The death of the road map for the Middle East has revived the debate about a single, secular, democratic state as the ultimate solution to the Israeli-Palestinian conflict in preference to the ‘two states’ option officially pursued as the goal of the Oslo Accords. The irony of the present situation is that it is the steady Israeli colonisation of the West Bank and Gaza Strip, seized by Israel in 1967, that has slowly killed off that option.

Today, 390,000 Israelis live in illegal settlements that control 42 percent of the West Bank (excluding East Jerusalem). In Gaza, some 7,500 settlers occupy 30 percent of the land. Nothing illustrates Israel’s cynical and contemptuous attitude towards the Oslo peace talks better than the fact that the number of settlers actually doubled in the ten years since the historic handshake in 1993 on the lawn of the White House between Arafat and the then Israeli premier Rabin. Successive Labour and right wing Likud governments have encouraged Israelis to settle in the Occupied Palestinian Territories through economic subsidies, including cheap housing and mortgage grants of up to 95 percent of the cost.

In addition to the settlements, Israel has constructed a 400-kilometre network of roads for the convenience and exclusive use of settlers and the army. These roads bypass and surround Palestinian towns and villages, dividing Palestinian areas into bantustans. They cause major disruption to Palestinian society, its economy and territorial contiguity.

And now Israel is constructing a monstrous wall separating it from the Occupied Territories. This wall snakes its way through the West Bank, encircling Palestinian towns and villages, in places encroaching deep into Palestinian land so as to absorb the nearest settlements into Israel. Often it cuts off Palestinian villages from the lands they have tilled for centuries. This apartheid wall will completely surround the West Bank, cutting it off from the rest of the world. When the wall is completed, the Palestinians will be left with less than 50 percent of the 22 percent of historical Palestine Israel seized during the 1967 war. Two million Palestinians will be imprisoned in a huge ghetto.

Clearly, a Palestinian state cannot be viable under such circumstances. Moreover, Israel has made it clear it intends to retain control over key policy areas such as land, airspace, water, military and foreign policy. Intended to keep out suicide bombers, the wall is the final nail in the coffin of Oslo and, as such, can be guaranteed to make the lives of ordinary Israelis even less secure.

But what if, on the wildest speculation, Israel’s leaders underwent a Damascene conversion and agreed to dismantle the wall, the military bases and the settlements or else to give them over to the Palestinians? Would a two-state solution regain viability? To begin with, Palestinians now probably outnumber Israelis (over 7 million, including 4 million refugees, compared to 6 million Israelis. So a Palestinian state comprising 22 percent of historical Palestine would be grossly unfair.

Further, a Palestinian state might well have an appearance of sovereign independence, but in reality it would live in the shadow of its Big Brother. Israel would continue to dominate it economically: as a ‘first world’ country living next to a Third World country, it could hardly be otherwise. Palestinians would once again become cheap labour for the menial jobs in the Israeli economy. Their wages would nevertheless be higher than those in the Palestinian economy, thus creating a two-tier labour force.

Israel would also probably insist on continuing to exercise political control, either formally or informally. It is hard to imagine a Zionist state relinquishing jurisdiction over the key policy areas mentioned above.

It is estimated that by the year 2050, out of a total population of 36 million in Israel-Palestine, only 30 percent will be Jewish. Well before then, we would witness a growing Palestinian population crammed into 22 percent of the country, with all the familiar Third World problems of underinvestment, unemployment and poverty. On the other hand, the remaining 78 percent would constitute Israel, with a growing Palestinian minority clamouring for equality. Such a situation would become explosive: Israel would see its survival in renewed and intensified military repression. In the end, such a Palestinian ‘state’ would not rise above the status of a glorified bantustan.

The only secure, long term solution is one that breaks the link between territory and ethnicity: a single, secular, democratic state embracing the whole of historical Palestine and comprising both Arabs and Jews as equal citizens. It would entail repealing the Israeli ‘law of return’ and granting Palestinian refugees the right of return.

However, such a unified state, if it remained a capitalist democracy, would reproduce the same inequalities and ethnic oppression that prevail within Israel and that Israel exercises over the Palestinians in the Occupied Territories. Israel’s economic superiority would ensure that Israeli Jews retained dominant positions within the new society even if they abandoned the Law of Return. The struggle against Zionism will have to become one for a socialist Palestine which would itself be part of a wider fight for a socialist Middle East federation. In the end, therefore, Palestinians can only be free through revolutionary change across the entire region. The road to Jerusalem goes through Cairo. 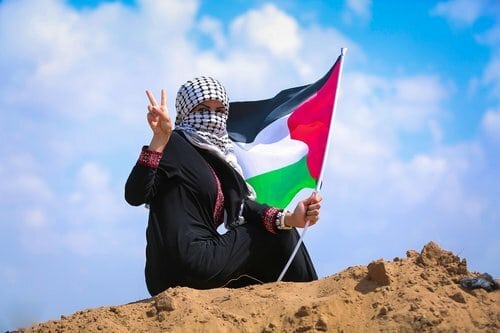 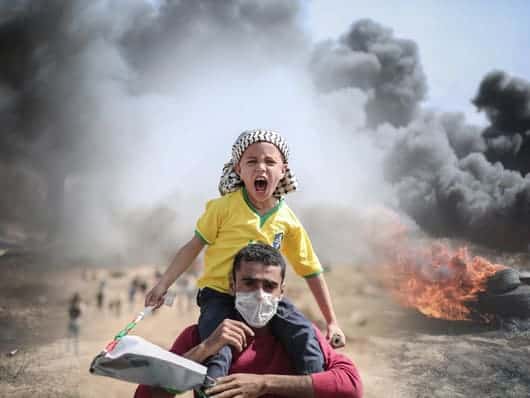