Israel: On a Road to Nowhere

This article is over 19 years, 3 months old
Yasser Arafat's appointment of Mahmoud Abbas as prime minister, and the acceptance of his demands for the make-up of the cabinet, have removed George Bush's last remaining excuse for not publishing his 'road map' for the Middle East peace process.
Downloading PDF. Please wait...
Sunday 04 May 2003

But while the hackles of some Zionists will inevitably be raised by the semantics of the deal, this is not a process designed to deliver the Palestinians the justice they have long fought for.

Israel provided stark proof of this on 20 April, mounting its biggest assault into the Gaza Strip since the intifada began in September 2000, killing five (including a 15 year old boy) and injuring over 40 people in the process. Meanwhile two international peace activists have been deliberately murdered by the Israeli army, and a third, Manchester Metropolitan University student Tom Hurndall, was shot in the head and is currently on life support.

As always, Israel’s pretext was ‘combating terrorism’, but the timing was designed to undermine Arafat’s attempts to mediate between popular resistance to Israeli occupation and the desire of a layer of the Palestinians’ political class to reach a humiliating settlement. Abbas, also known as Abu Mazen, is the leading proponent of the latter view, and as such was imposed in the most outrageous fashion on the Palestinian Authority. The pressure put on Arafat included the EU representative Miguel Angel Moratinos dictating that Abbas was the only candidate that the EU would accept as prime minister, and barely veiled threats that the ‘international community’ would allow Sharon to expel or assassinate Arafat if he refused to comply.

Israel has presented the much-vaunted ‘road map’ as a huge sacrifice on its part. In fact it is likely to legalise many of the 100 militarised Zionist settlements that divide the West Bank and systematically deny the Palestinians land and water supplies. Crucially, the promise of a Palestinian state within three years is premised on that state policing Israel’s ‘right’ to the majority of land occupied since 1948, and on more than 3 million Palestinian refugees foregoing their right to return to that land. Hence the symbolic importance of the appointment of Mohammed Dahlan–Abbas’s ally–as State Minister for Internal Security.

The US would like Abbas to spearhead the suppression of Palestinian resistance, much as it envisaged the Palestinian Authority’s role as being merely an adjunct of the Israeli Defence Force after the Oslo Peace Accords. But that retrenchment of Israeli hegemony created the groundswell of anger that inspired the intifada, and the international support for the Palestinians’ struggle has never been greater. 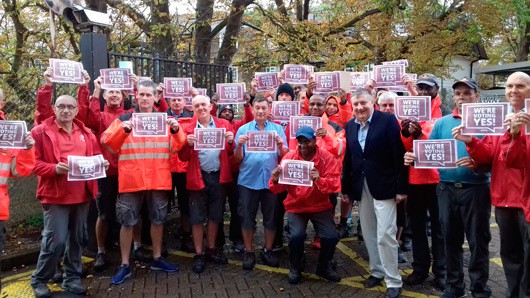