It Remains to Conquer All

Exile, in the words of Wallace Stevens, is ‘a mind of winter’, in which ‘the pathos of summer and autumn as much as the potential of spring are nearby but unobtainable’. Edward Said reflects on his and the Palestinians’ political condition, in one of a wide range of subjects and styles of essays in this collection.

Said attacks much of 20th century Western literary criticism for its emphasis on form, literary technique or an abstract scholarship. Within this he sees that those currents on the left influenced by Lukács’s History and Class Consciousness, such as the Frankfurt School and the postmodernists of today, encouraged literature that was unable to grasp the immediacy of the suffering of the majority of humanity.

At the same time Said makes a distinction between the elitist modernists such as Eliot and Pound, and Joyce’s modernism in Dubliners that sought to give expression to the hopes and pain of Irish society, and create a new and liberating freedom in language. Said goes on to look at the writing that challenged orthodox literary circles, the writers that emerged from the movements against imperialism in Asia, Latin America, and Africa. Rushdie and Marquez challenged the main narratives by giving a voice to those who had been excluded. In response to the writing of the post-colonialists and radical feminists he warns that this can ‘obscure the wellspring of hope, generosity and courage from which those approaches originally derived’. To reinterpret did not mean rejecting all aspects of western literature and of its influences on those same writers – WEB DuBois was, he argues, ‘partly shaped by the great American and European poets’.

Significantly, he adds that the debates in the New York intellectual milieu over Stalinism were not important to him when he arrived. He therefore fails to recognise the huge and crushing impact Stalinism had on the attempts at social realism and modernism within art and literature.

I found the article on Arabic prose and fiction after 1948 and ‘After Mahfouz’ inspiring, as both look at the role writers played in creating literature that was not afraid to confront the reality of life in a period of political turmoil. In particular Said looks at the modernist examples of Ghassan Kanafani, and compares that to the Egyptian novelist Naguib Mahfouz writing in the historic centre of print publishing, film and television production of Cairo.

The chapter ‘Lost Causes’ shows his anger and questioning disillusionment with the beginning of the peace process. He recalls in 1992 when as a member of the American Academy of the Arts and Sciences, ‘A group of privileged Palestinian intellectuals met with Israeli security officials in secret to begin a discussion of security for settlers and army personnel who would remain in the Occupied Territories should there be some form of Palestinian self rule.’ Said has always been consistent in attacking the hypocrisy of the US and Israel, whilst also being the fiercest critic of Arafat and the Palestinian Authority. In 1996 all of Said’s books were banned from Palestinian-controlled areas. Said concludes that ‘no cause can ever be really lost’. The current intifada proves him right.

In his last chapter Said dissects Samuel P Huntington’s The Clash of Civilisations and the Remaking of World Order. Huntington is part of the highest order of the US establishment, and remembered for providing the rationalisation for saturation bombing of the Vietnamese countryside.

The book will provide inspiration to all those fighting for an understanding of a very different world order from Huntington’s. Said looks at what is common to all societies, and an acceptance of culture as diverse and able to overcome racial or national barriers, and thereby provide a radical alternative for the majority of humanity. The lines of the poet Aime Cesaire are often used throughout the book:

but the work of man is only just beginning

And no race possesses the monopoly of beauty,

Of intelligence, of force and there

Is a place for all at the rendez-vous of victory.

Thought for the Play 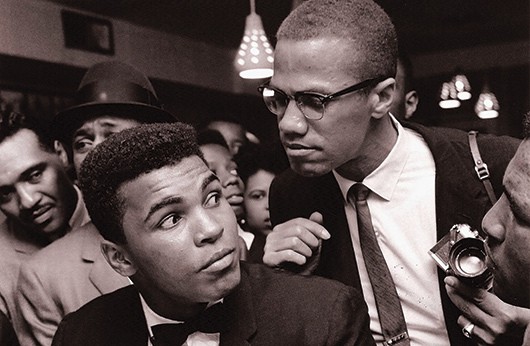 I Am The Greatest